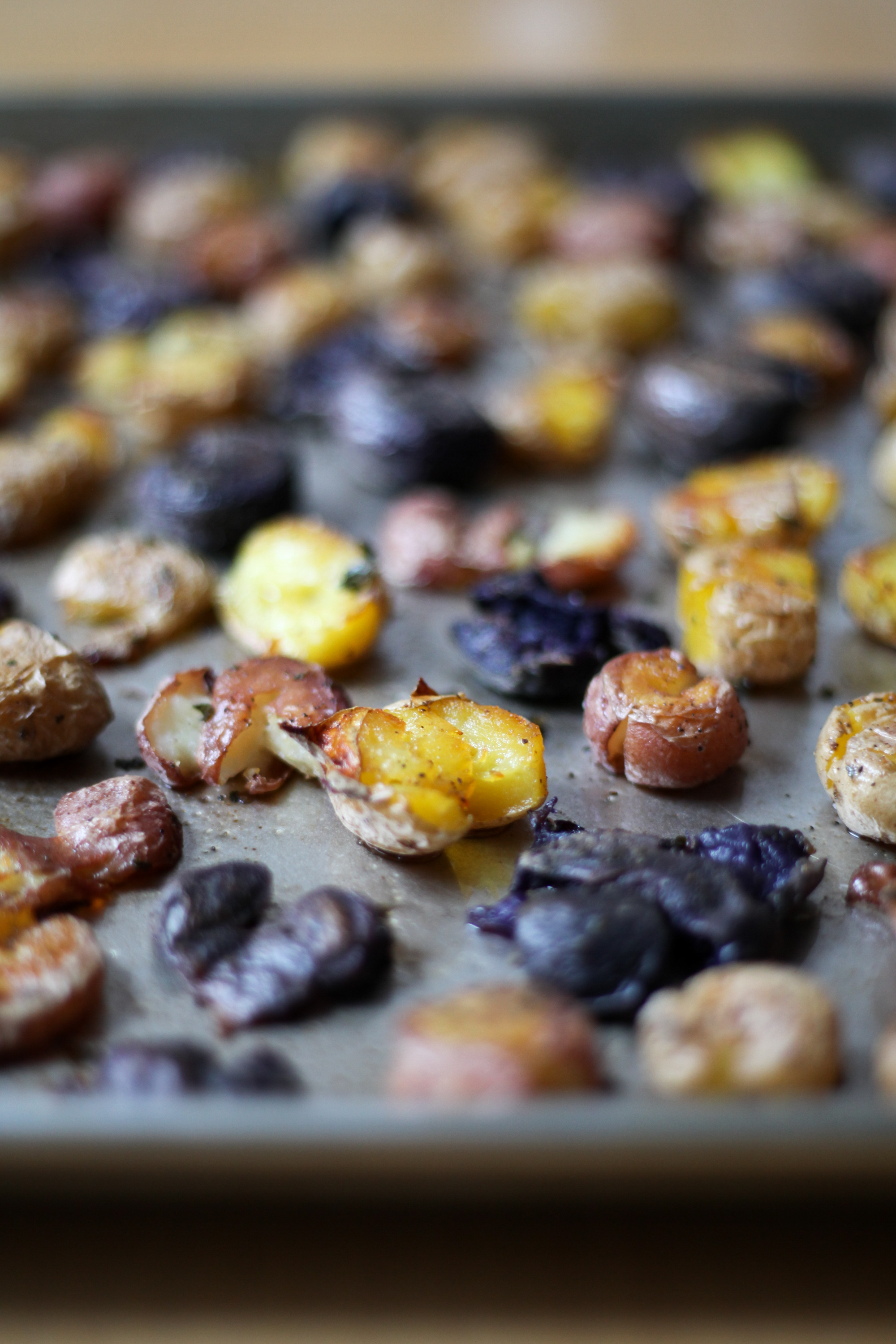 French fries are tempting, but I’ll take a side of duck fat and thyme smashed potatoes over a pile of fries nine times out of 10. (That 10-percent: duck fat fries or shoestring potatoes.) When earthy duck fat meets crisp potato, magic happens. Add a generous dose of freshly-ground pepper and minced thyme — both classic potato pairings — and it doesn’t get much better. 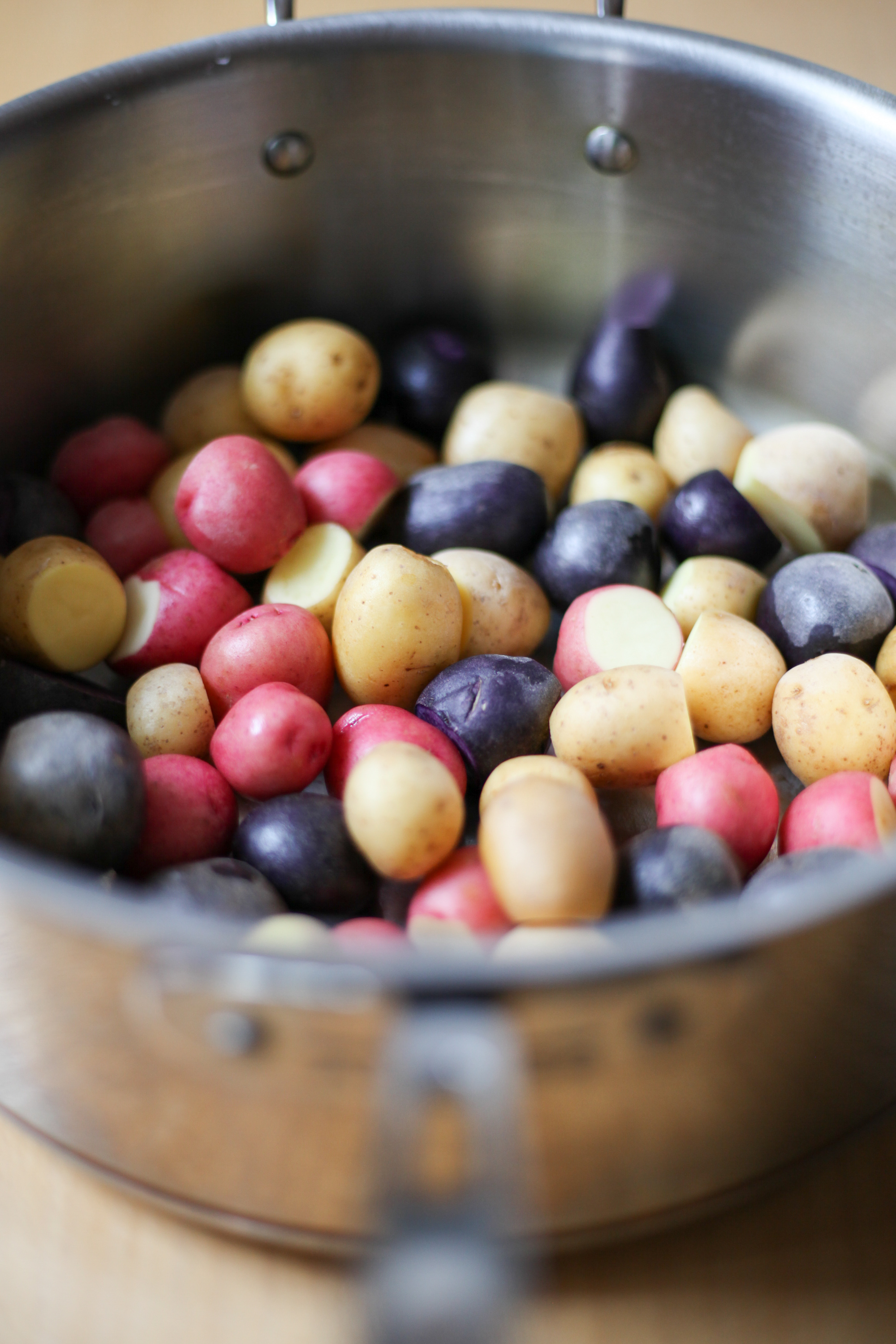 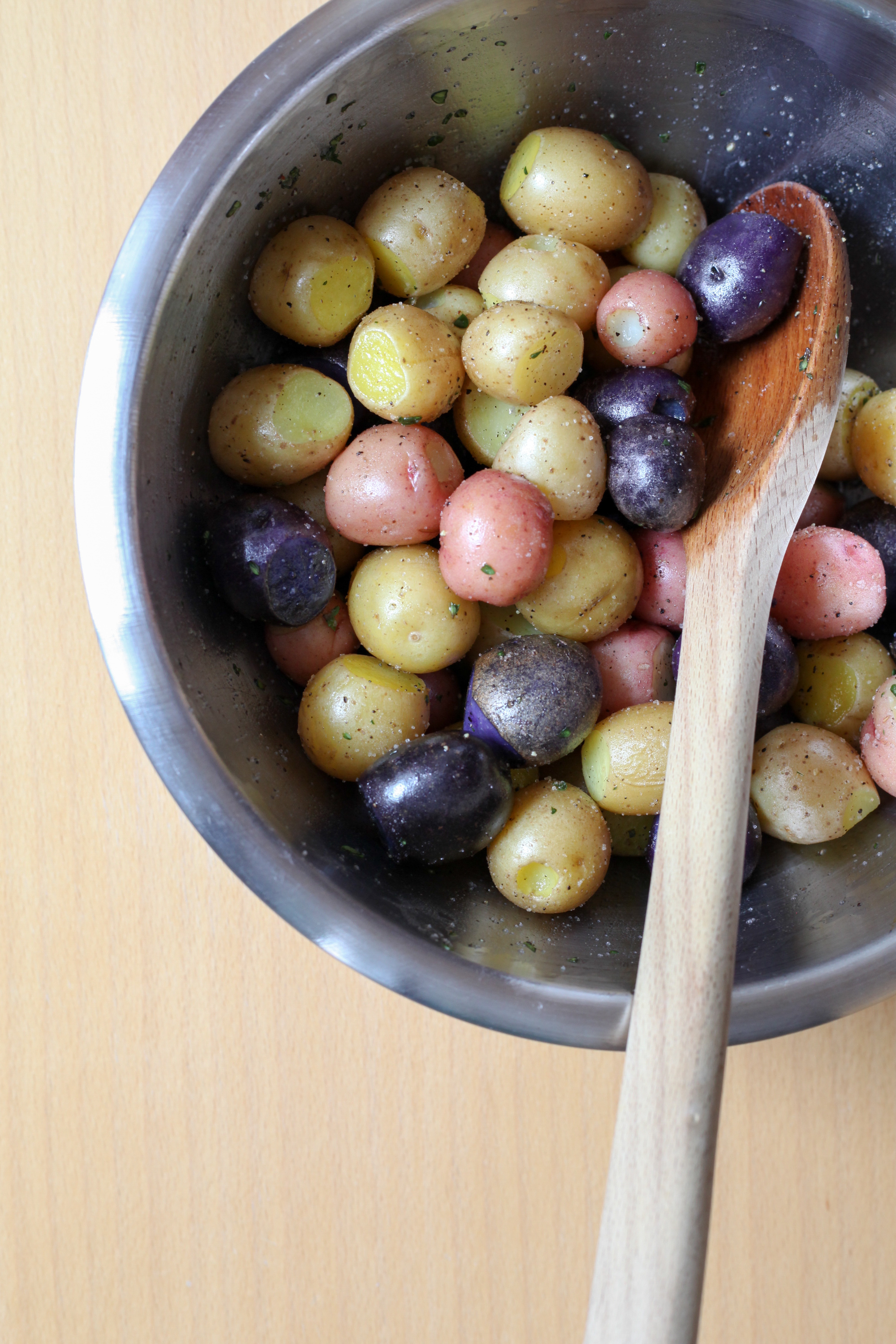 Even if you’d rather pass on roasting spuds in duck fat — maybe you’re a vegetarian, or don’t want to bother with sourcing it — this recipe holds value. Cooking fat aside, the technique of par-boiling the potatoes, smashing, and then roasting them in a hot oven yields ridiculously-good roast potatoes. Near-meltingly-tender in the center (from the par-boiling) with a crisp golden-brown exterior (from the increased surface volume to area ratio created by smashing), this technique is my go-to way to cook potatoes, duck fat or no. 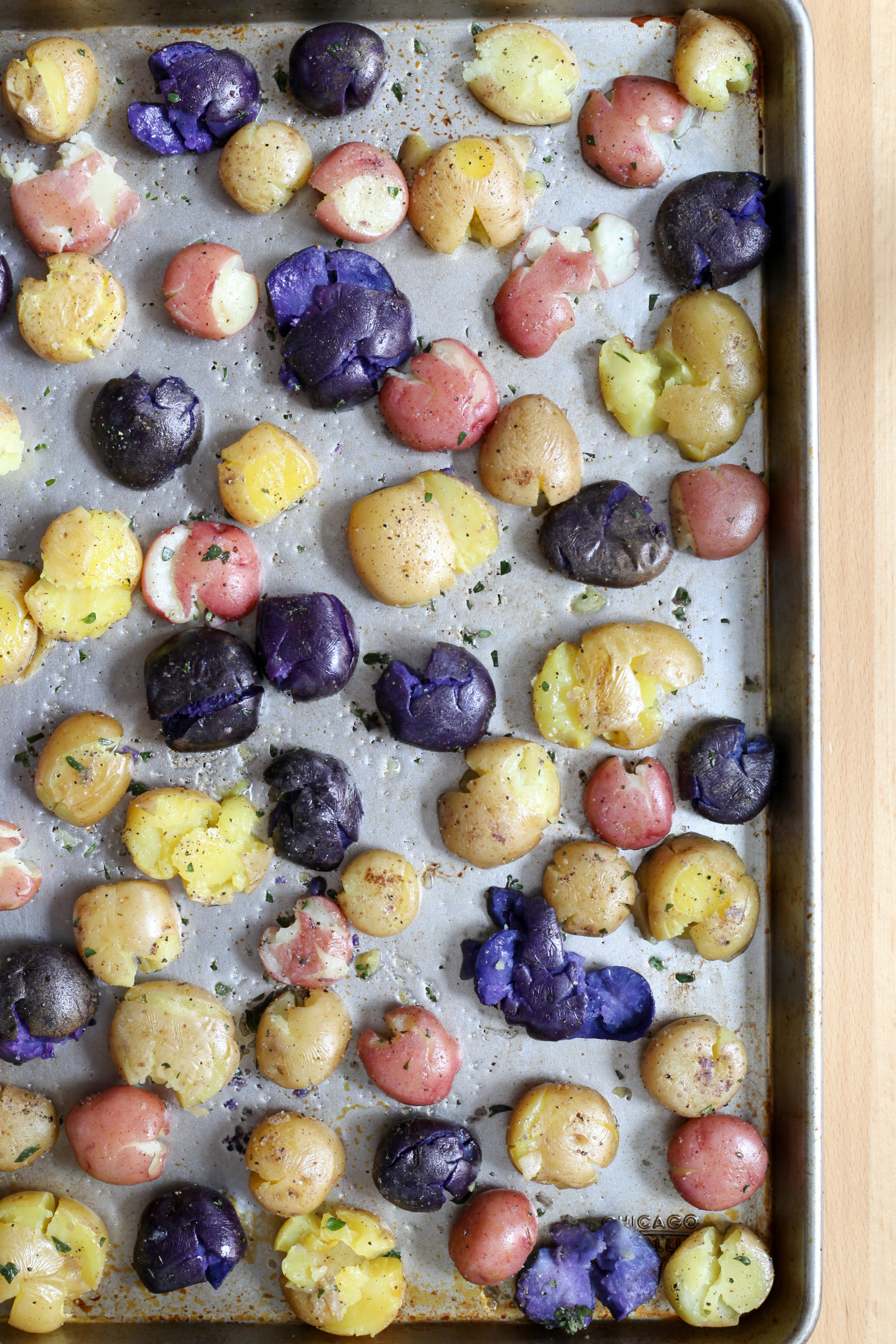 Plus, unlike french fries, which have a short half-life, this side only somewhat depreciates in quality as it cools down. Reheated, leftovers are nearly as good the next day. (That is, if you have leftovers.) 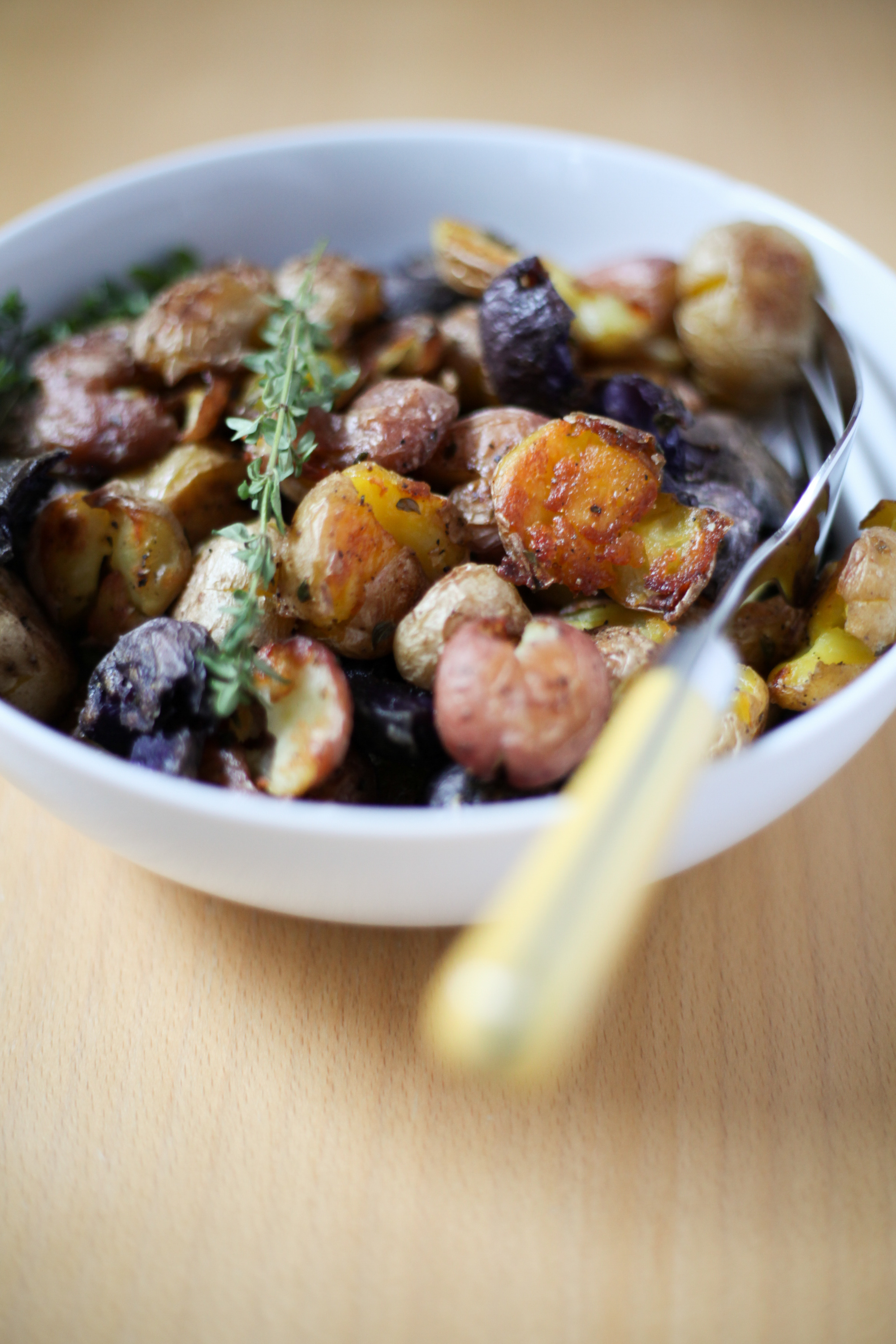 Save Print
Recipe type: Side Dish
Yield: Serves 4-6
Ingredients
Instructions
Notes
Small Yukon Gold potatoes can be substituted (quarter them before boiling), but won't keep their shape quite as well when smashed as mini potatoes will. Look for duck fat at butcher shops or specialty grocers (it's often sold frozen) or source it online. To make this recipe vegetarian, substitute a high-heat-tolerant oil like peanut or rice bran oil.
3.5.3208