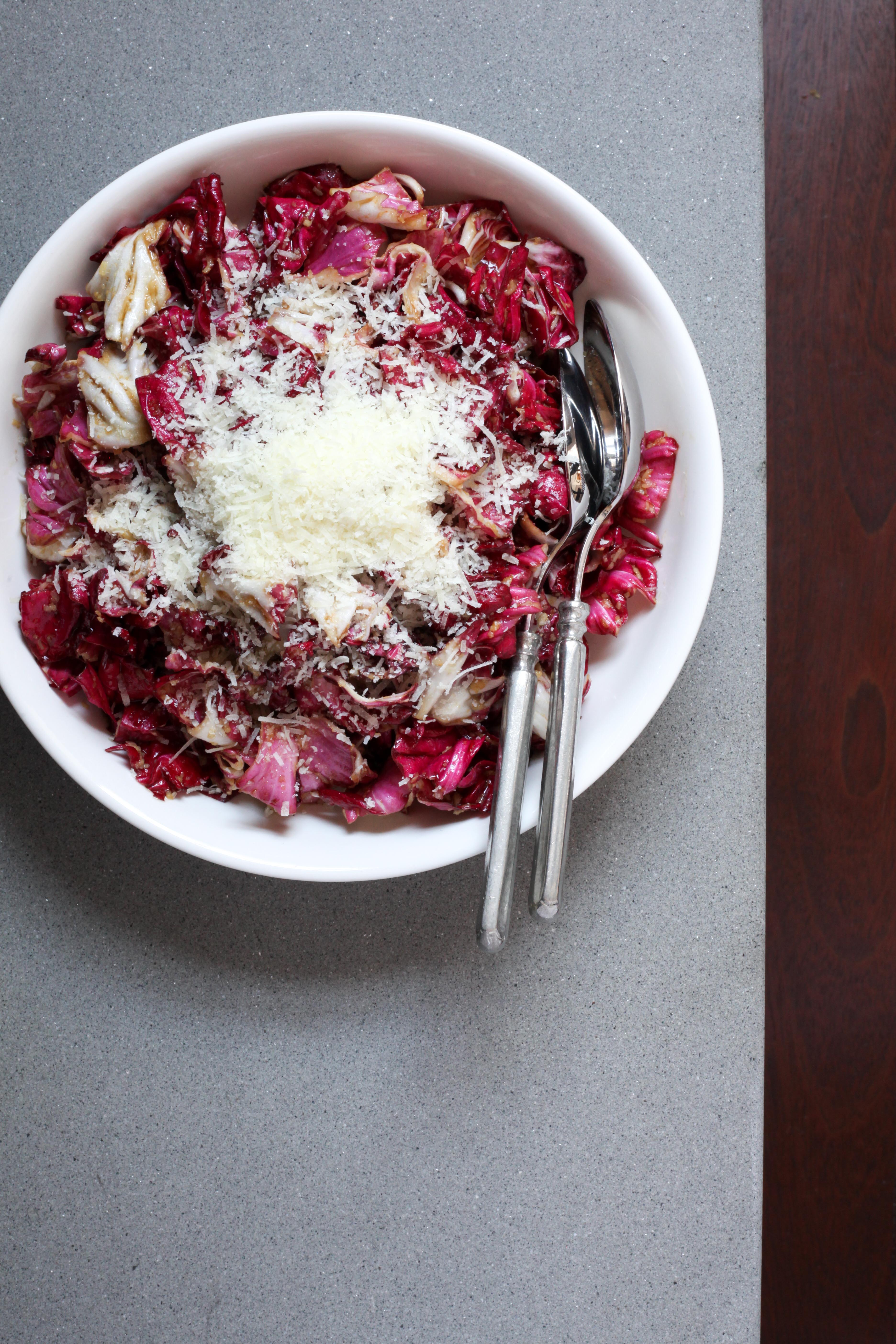 There’s much to like about Food52, Amanda Hesser and Merrill Stubbs’ blog, culinary community, and shop, but if I had to choose just one area to highlight, it would be the blog’s aptly-titled Genius Recipes column, written by Kristen Miglore. Every week, Miglore highlights a recipe from a cookbook, restaurant, or other source that earns this title from both being ridiculously-tasty and clever in its preparation. 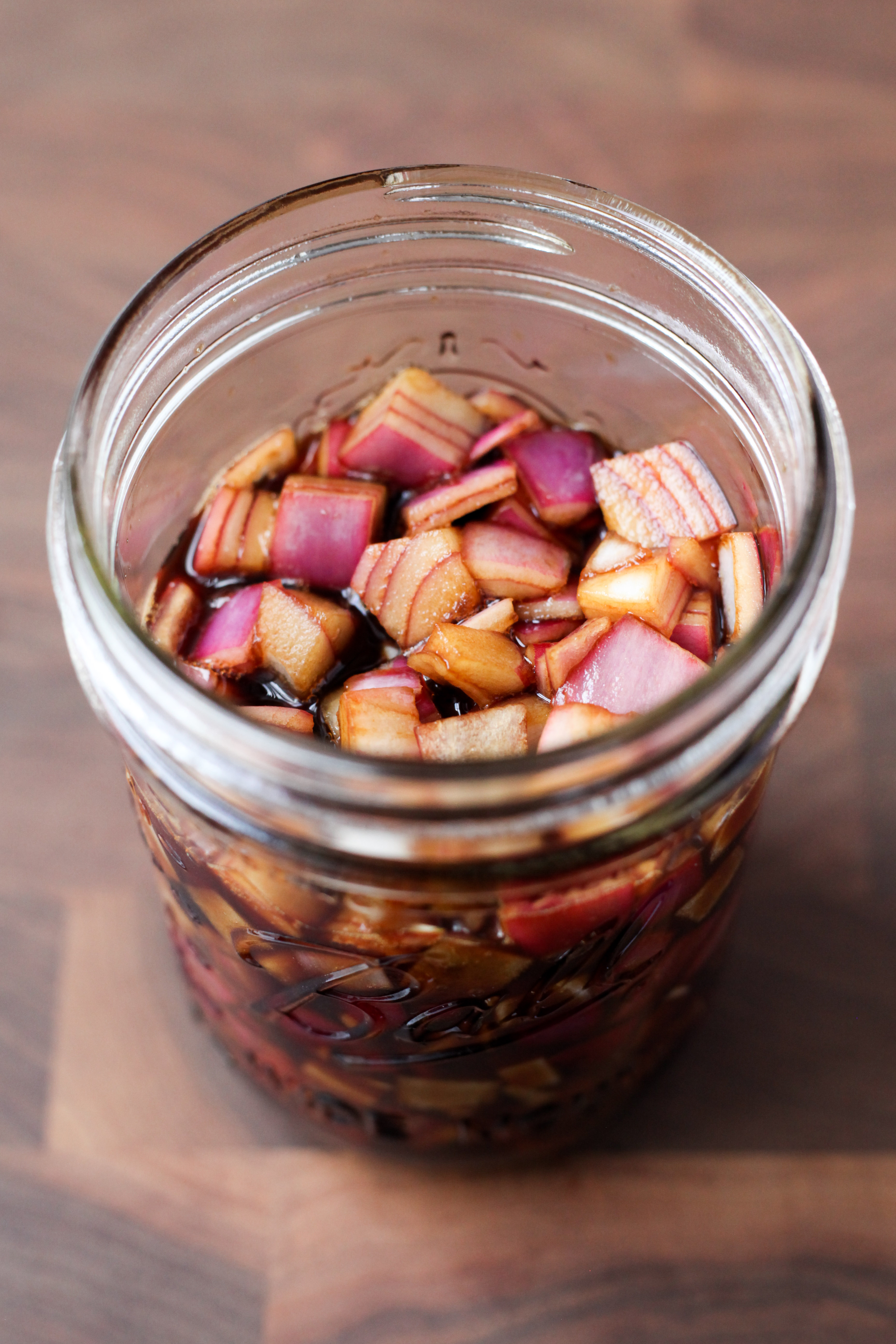 This ruby-red radicchio salad from Portland’s Toro Bravo is just one of many of these genius recipes I’ve tried and loved. One I’d like to highlight here in part because it’s not as flashy as some of the other recipes Miglore has written about; a sleeper hit, if you will. When compared to the more-apparent charms of 15-second scrambled eggs, Rao’s meatballs, and miso creamed kale, it might be overlooked, but that would be a shame. 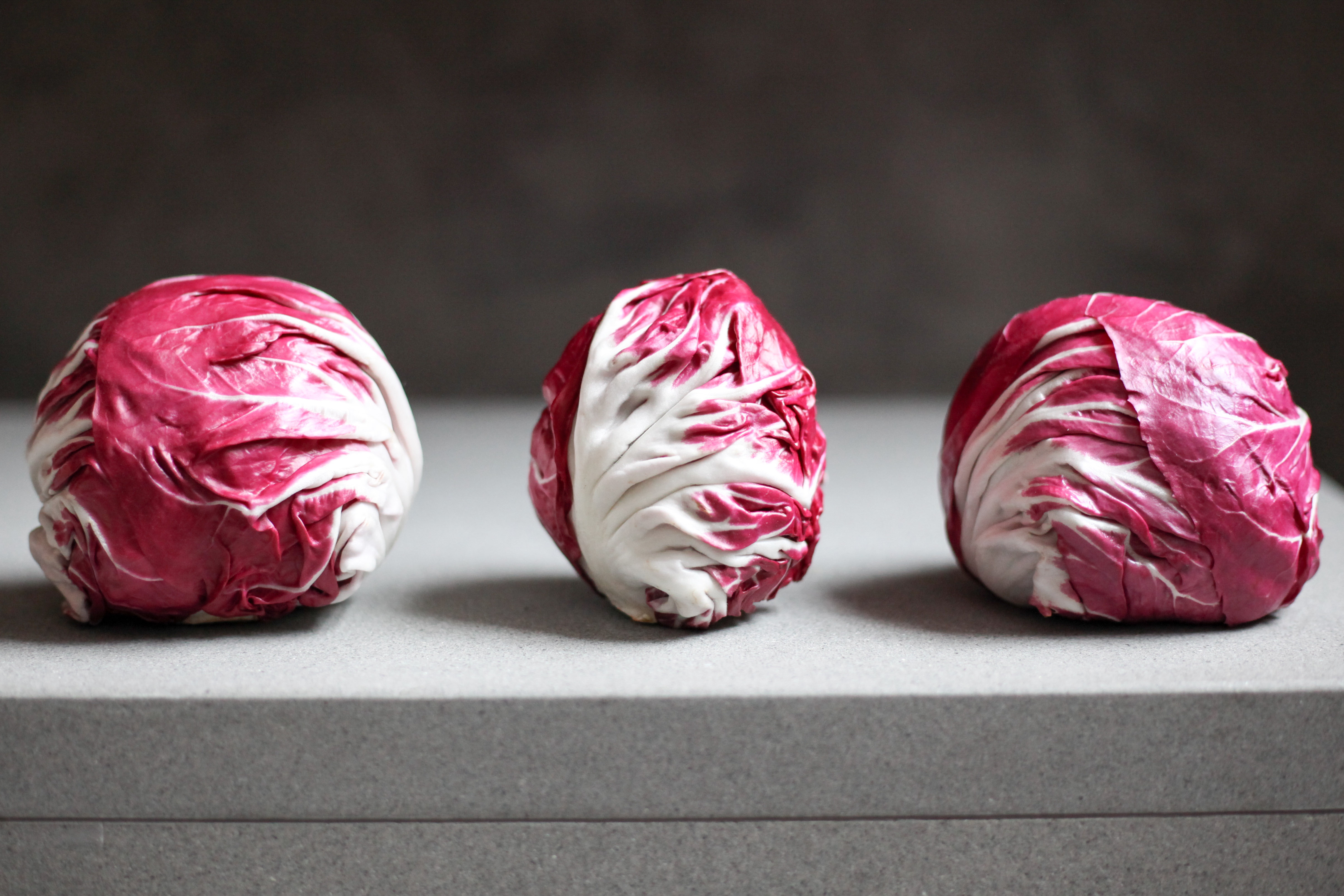 Here, bitter radicchio is tamed by a couple clever tricks. First, it’s briefly soaked in ice water, which both plumps the radicchio and tames its bitterness. Then, it’s tossed with a simple dressing that’s genius in its own right, thanks to how the allium component is treated. Instead of tossing in some minced garlic or shallot, not one but two types of vinegar (balsamic and sherry) are infused with red onion, so that the dressing takes on just enough of the onion’s sharp flavor. Add to these two tricks a generous helping of nutty Manchego cheese and you have a salad that’s perfectly balanced. 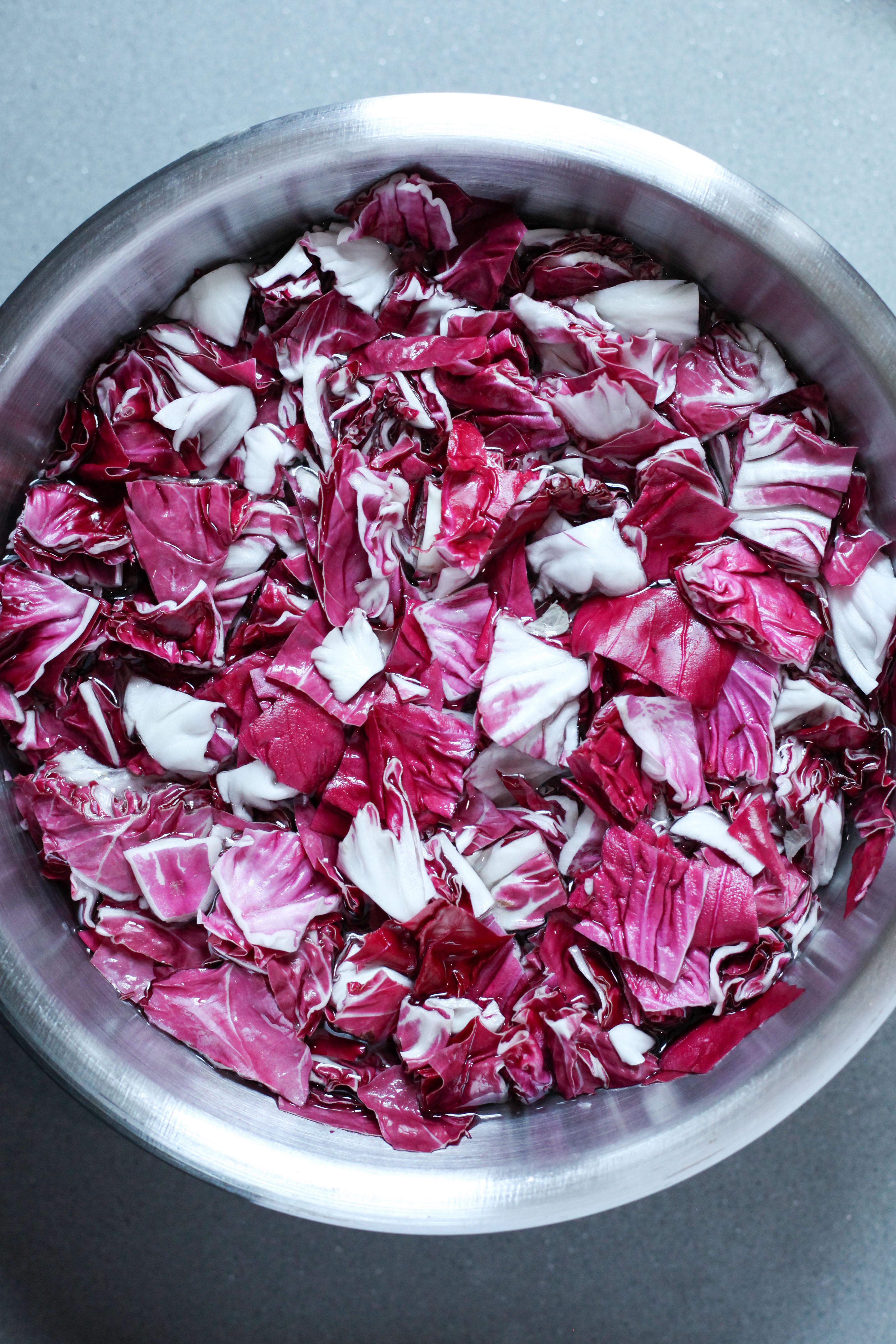 I like to pair it with a roast chicken or the aforementioned meatballs, and imagine it would also work well with nearly any dish in the Italian, Spanish, or French repertoire. 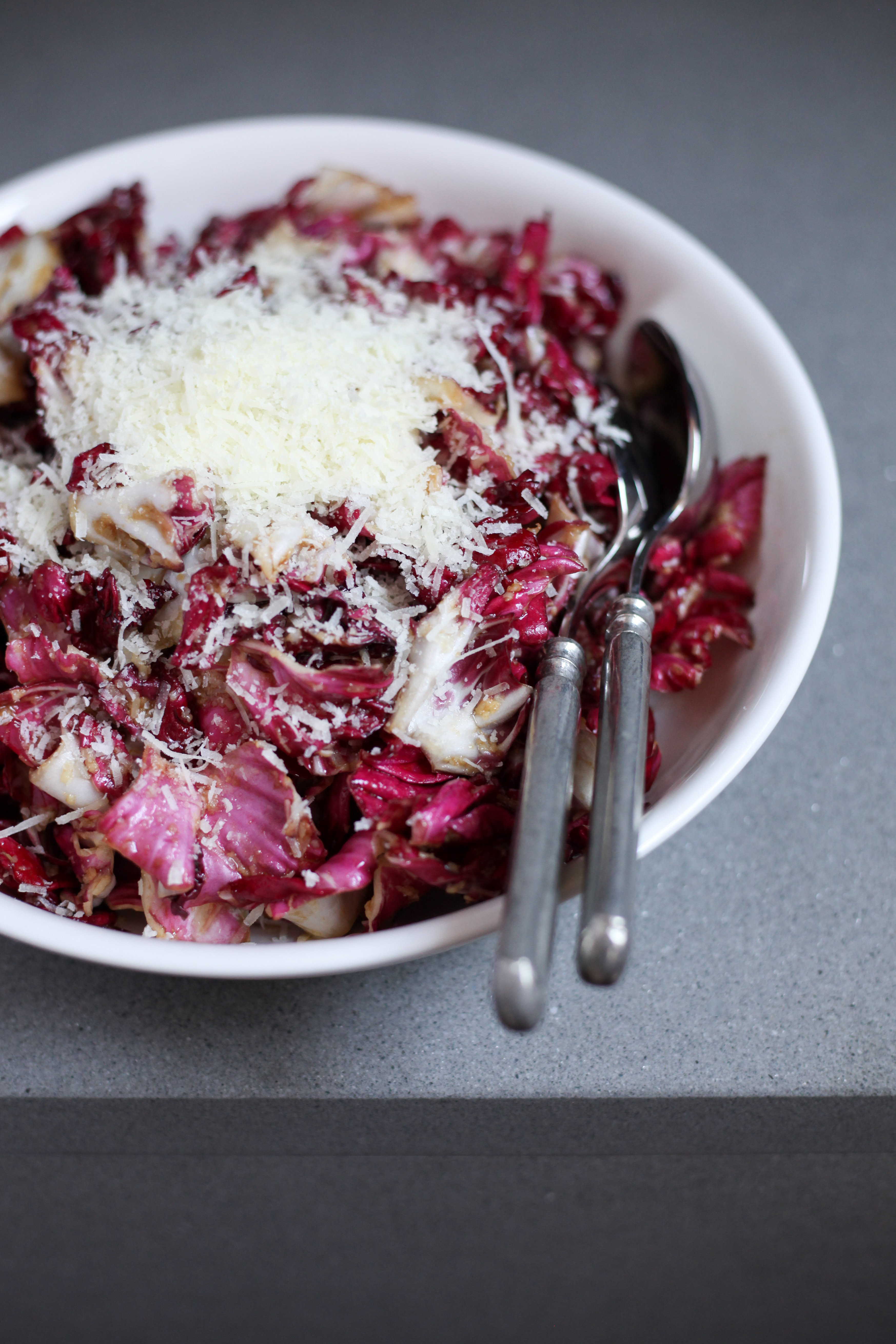 Save Print
Author: Adapted from Toro Bravo: Stories. Recipes. No Bull via Food52
Recipe type: Salad
Yield: Serves 4-8
Ingredients
Instructions
Notes
Toss together the salad shortly before eating. To make ahead: infuse the vinegar with onion and make the salad dressing up to a week ahead of time.
3.5.3208