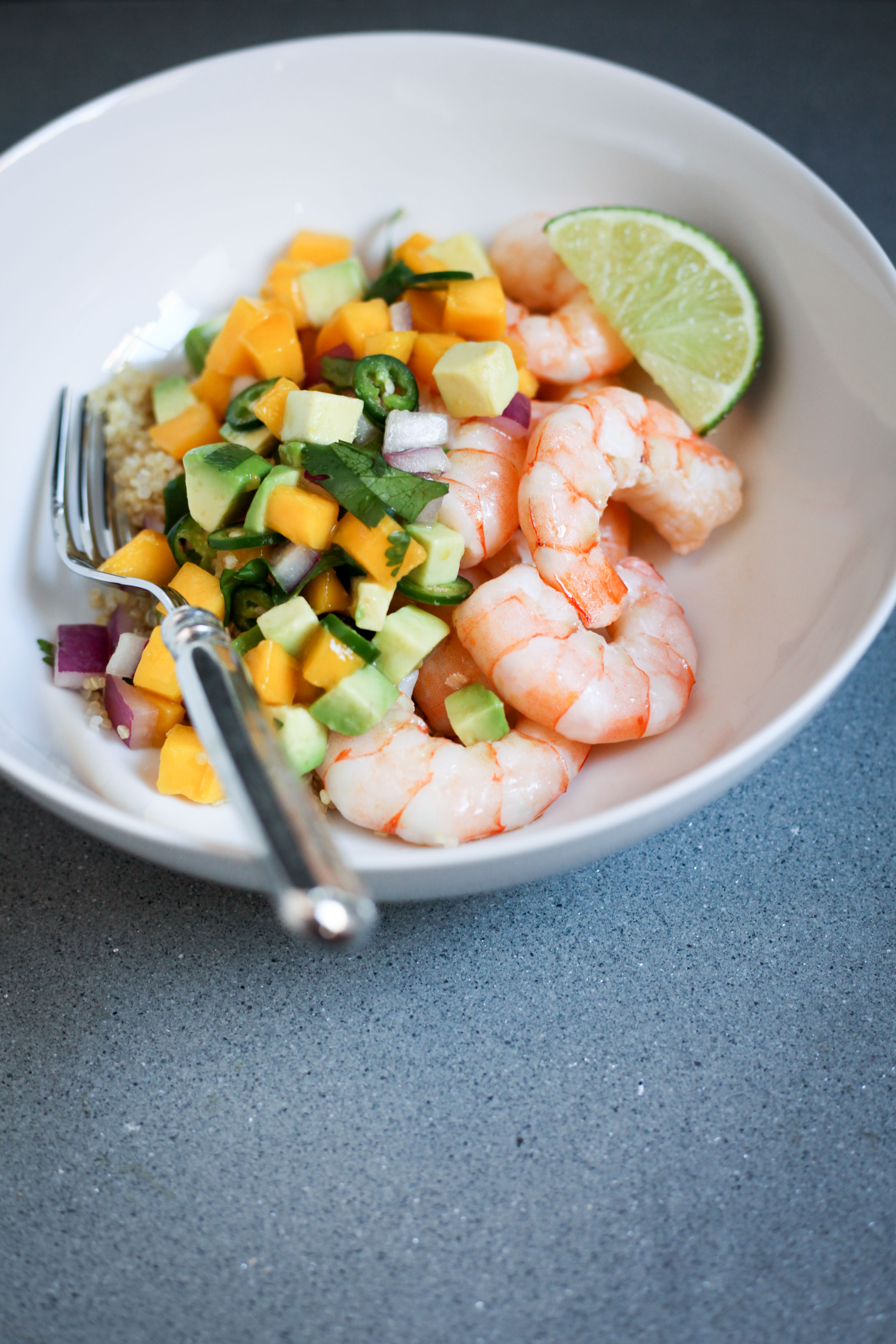 After years of living in San Francisco, where beautiful farm-fresh produce is practically a given year-round, the adjustment to New York’s seasons has been a bit of a shock. The snow and cold hardly phased me (granted, the past winter was freakishly-mild); grocery shopping was a different matter. I’m not particularly proud of it, but I basically gave up on the farmers market after a couple depressing mid-January trips where I came home with naught but a couple sad, wrinkly onions and a few pounds of storage apples. On the flip-side, this seasonality makes the first peeps of spring produce all the more exciting. Absence makes the heart grow fonder? 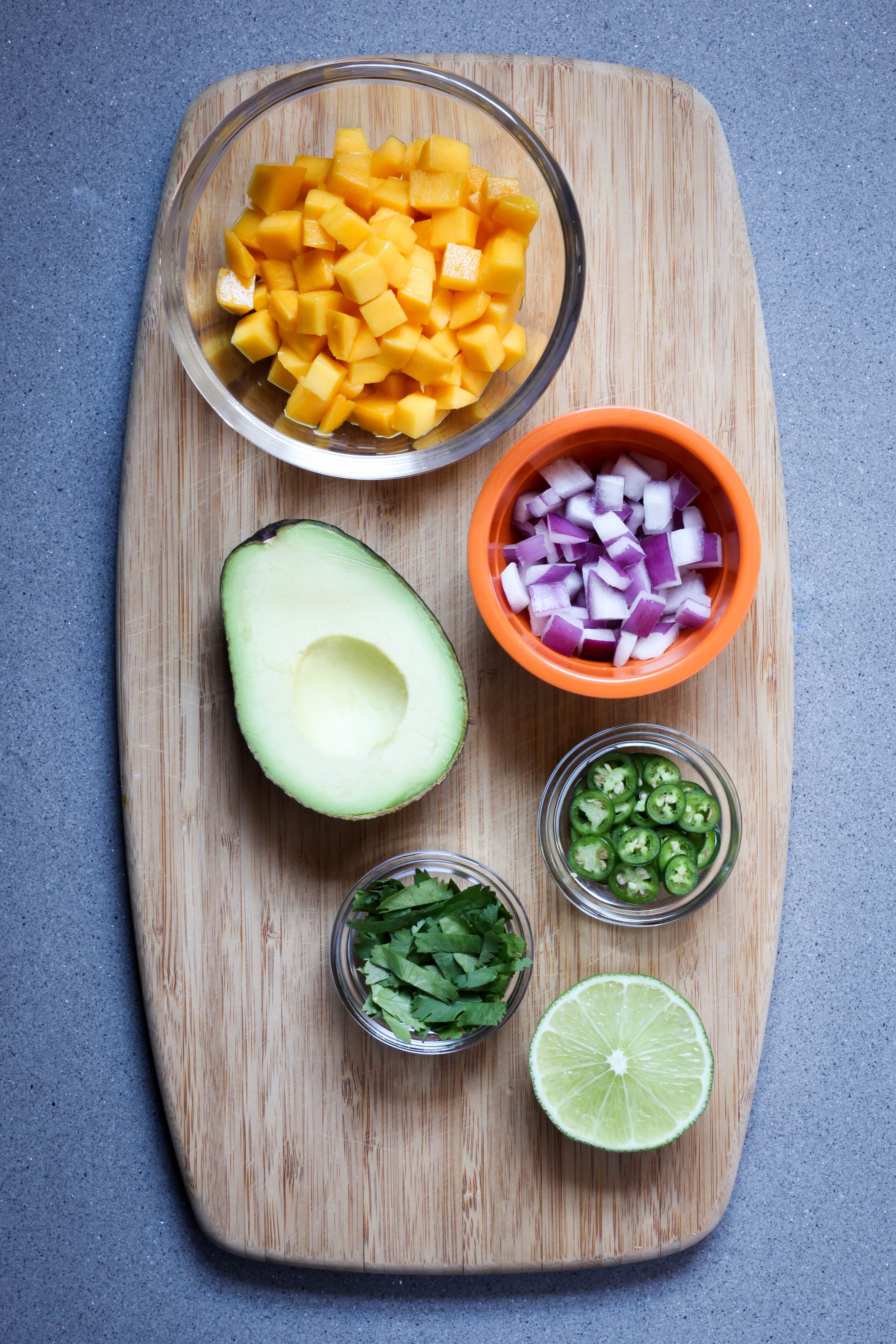 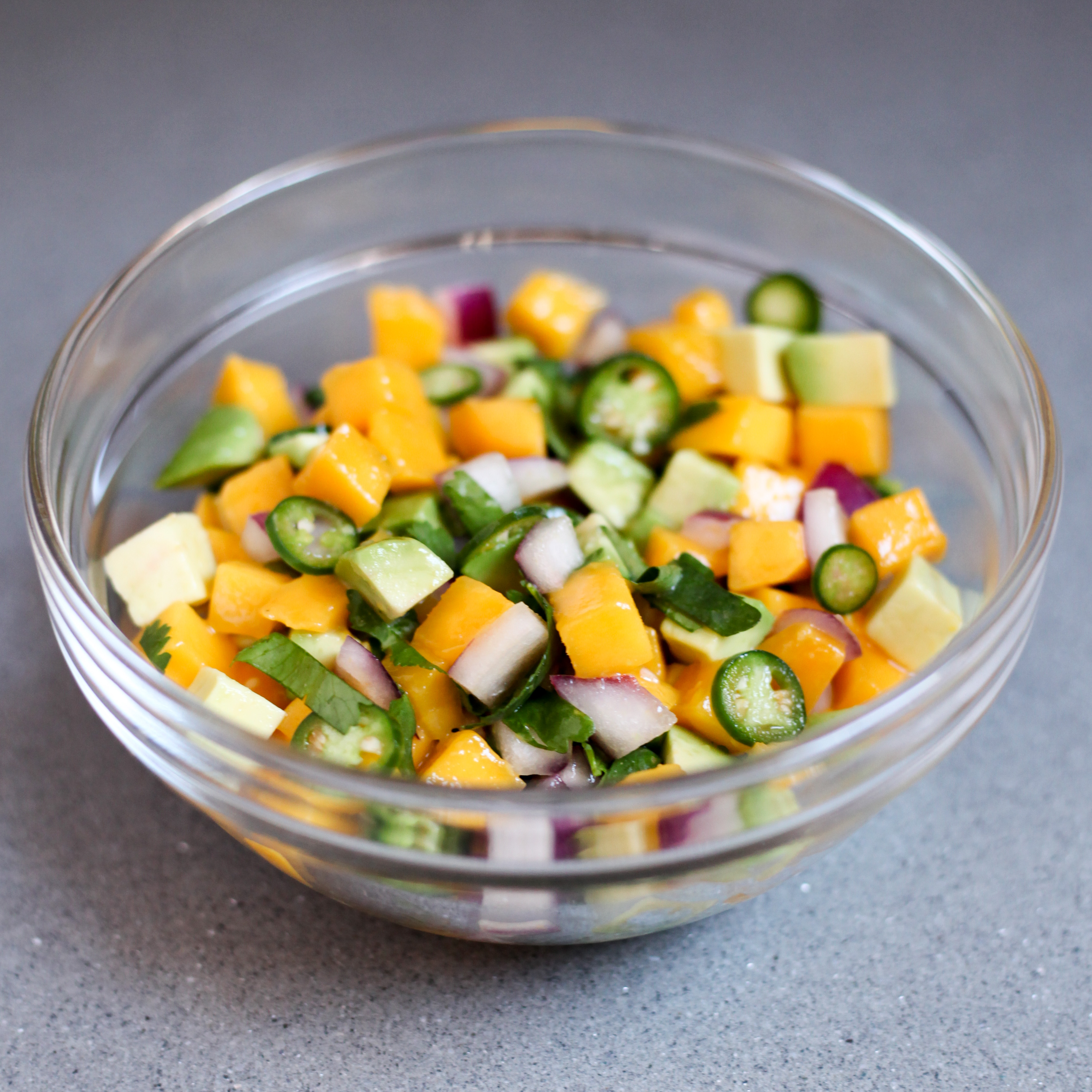 Recently I walked into Whole Foods and found mountains of golden alphonso mangos on display. Like a hungry squirrel who happens upon a mid-winter cache of acorns (or at least how I imagine that would play out), I greedily filled my basket with far more than I could possibly eat. Most were devoured peeled and plain, but a couple were earmarked to make this juicy salsa. An ideal topper for briny, sweet shrimp, this salsa would also (obviously) be great with crisp tortilla chips, but in the spirit of spring dinners, I went with the lighter option. 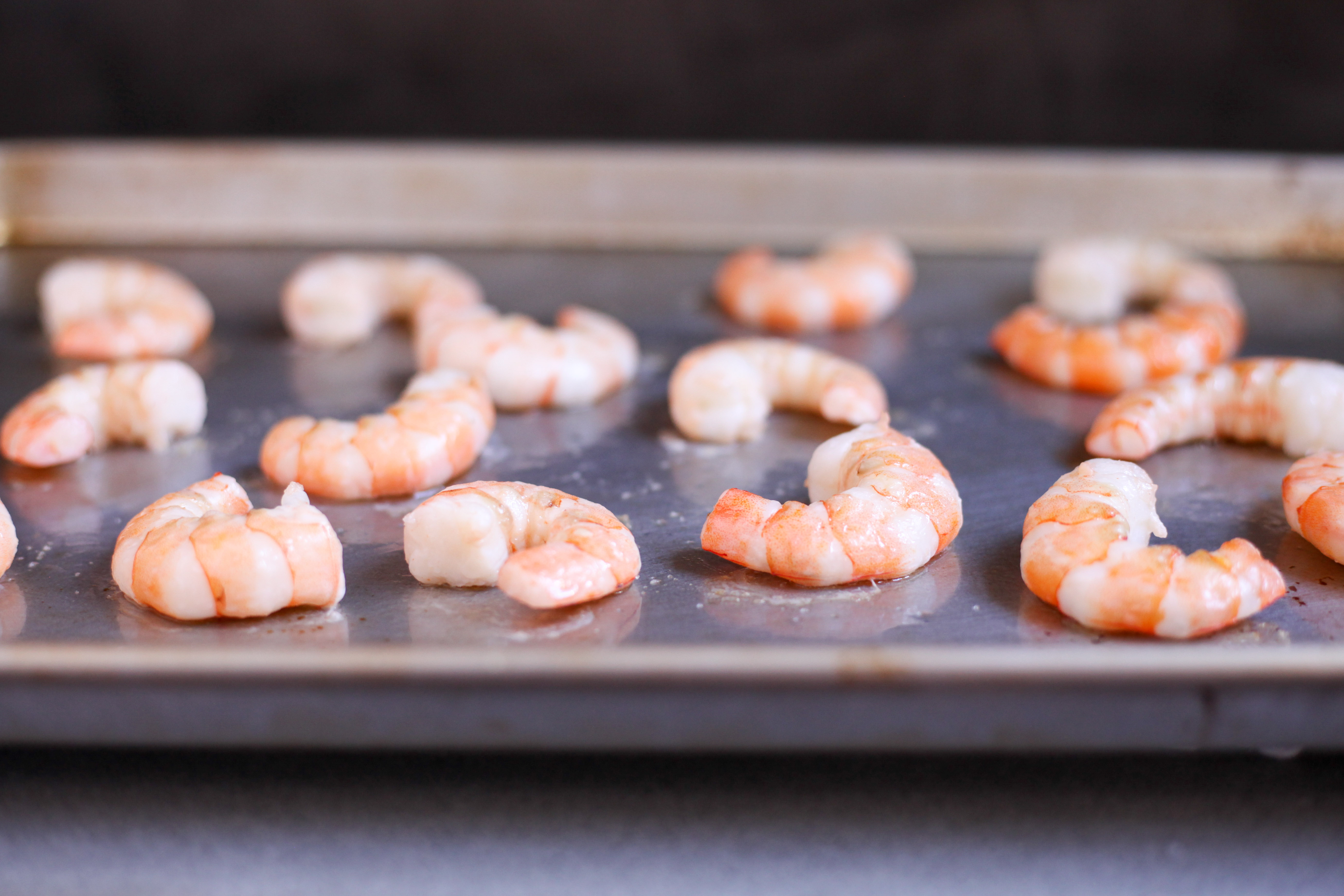 Rounded out with some quinoa, it makes for a dinner that feels special but is totally doable on a weeknight. Here, I’ve employed my favorite way to cook shrimp: simply seasoned and roasted on a sheet pan — seriously, it’s so easy. If you like things extra-spicy, toss the shrimp with some red pepper flakes (I’d imagine 1/2 teaspoon would be just right) before roasting. As is, the salsa brings a measured dose of heat to the party. 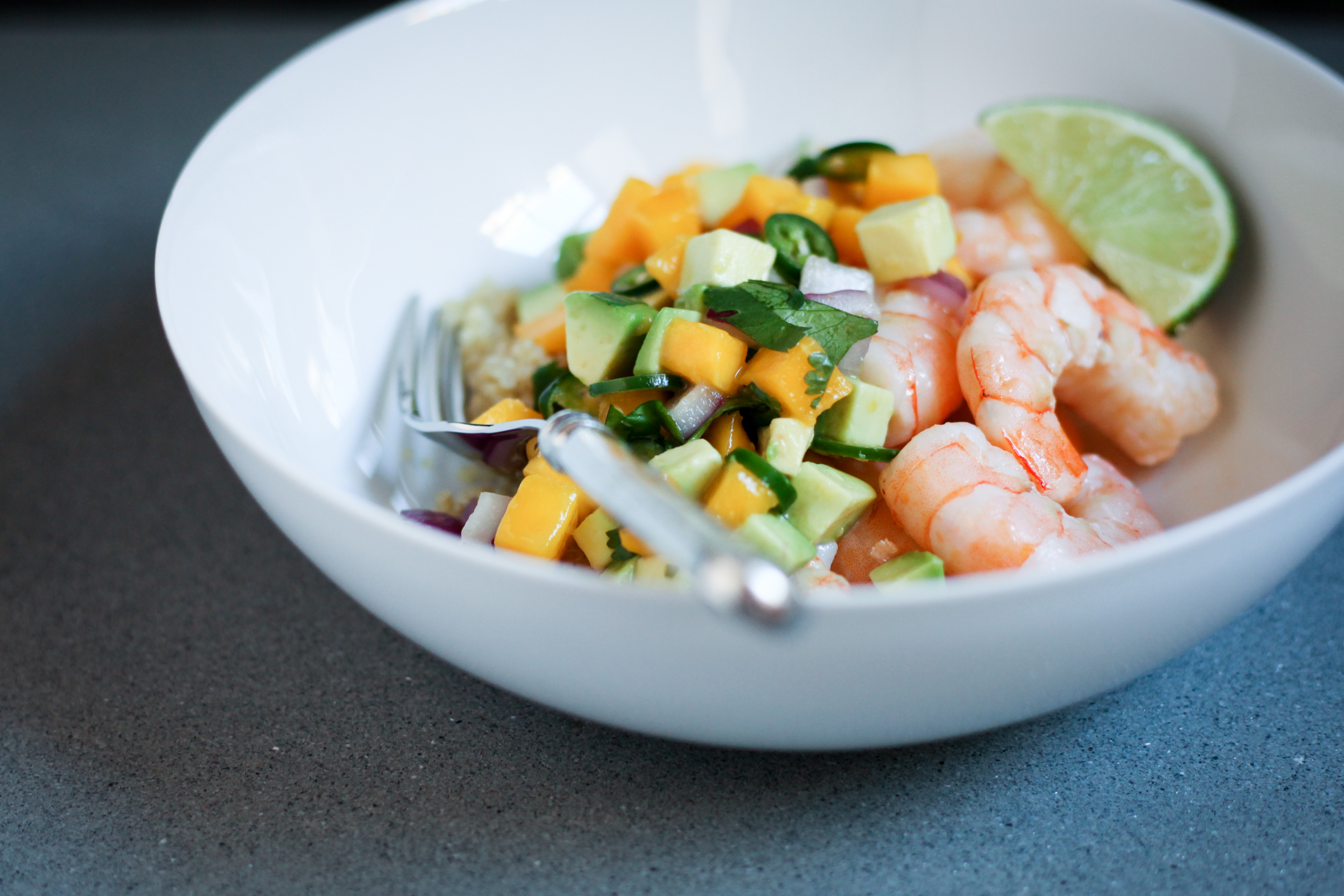 Shrimp and Quinoa With Mango-Avocado Salsa

Save Print
Recipe type: Dinner
Yield: Serves 2
Ingredients
Instructions
Notes
If you're working with shell-on shrimp, peel and devein them before seasoning and roasting. (To save time, buy shrimp that's already peeled and deveined.)
3.5.3208