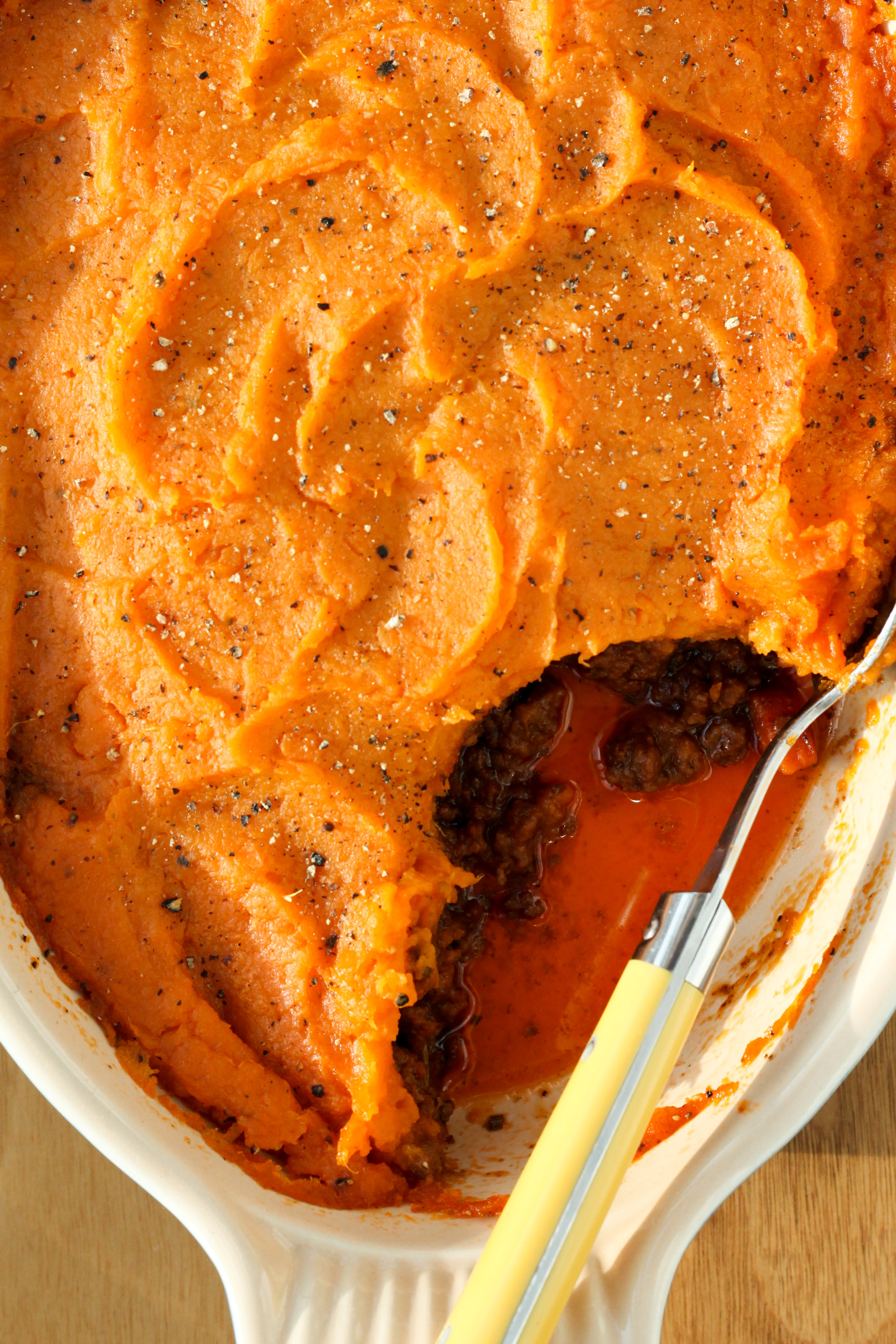 Power to those of you that feel otherwise, but I’m not a big reality TV fan*. So, when the publicist for Marissa Hermer’s An American Girl in London reached out offering to send a copy of her book for review, I was a bit skeptical. (For those of you who aren’t familiar with Bravo’s Ladies of London, Hermer is one of the stars.) Still, some things from the pitch captured my attention: the book focuses on British fare through an American’s eye (some recipes are lightened up a bit), and in addition to being a reality TV star, Hermer is the owner of three London restaurants. So, I said yes, flipped through its pages, and tried out a recipe or two. 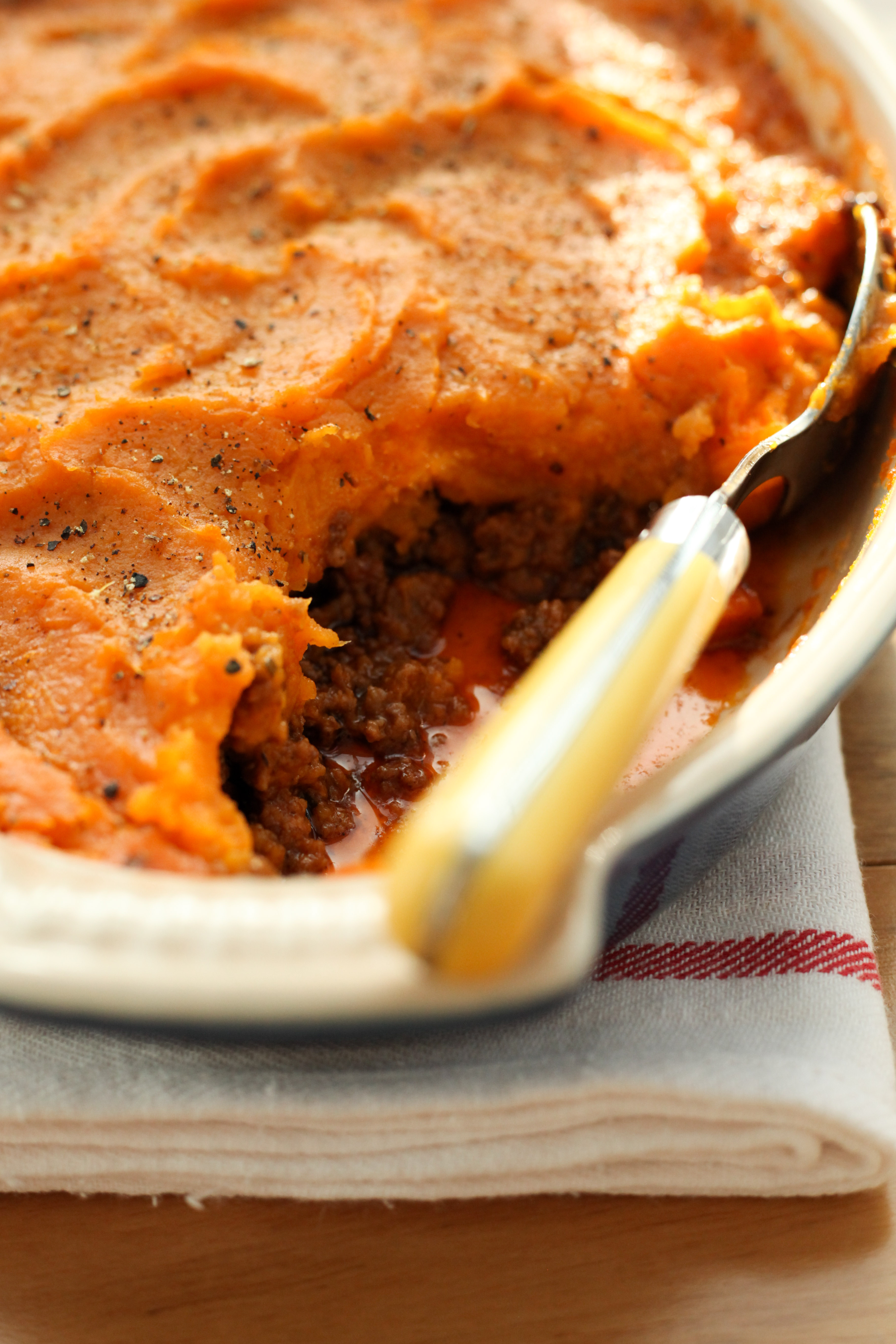 Suffice to say, I was impressed, and retroactively, I’d like to apologize to Hermer over my initial skepticism. The recipes are solid, straddling the line between homey and inventive, making for the type of food most of us like to make at home. My favorite of which was this cozy spin on shepherd’s pie, which, killer flavor aside, is somehow not a gut bomb, and is an excellent stand-alone main. I’ve made it a couple times now, and especially appreciate how good the leftovers are — they even stood up well to being portioned out and frozen. Practical, comforting, and just plain tasty, it’s joined by other tempting dishes in the book, including a healthier take on full English breakfast, Eton mess with strawberry meringues, braised Savoy cabbage, and roasted butternut squash soup with crispy sage and cashew cream.

*One notable exception is Alone, which Andrew and I recently became obsessed with. The premise: 10 survival experts are left in the wilderness to see who can survive the longest. As the title suggests, they’re completely alone, without camera crew (the contestants film themselves). Unlike many competition-style reality TV shows, there are no challenges, games, or other ways of eliminating contestants, they’re eliminated by their own foibles, bad luck, or desire to go back home. Think Naked and Afraid without the nudity or companion, and with a much longer potential time frame.

Save Print
Author: Adapted from An American Girl in London by Marissa Hermer
Yield: Serves 6-8
Ingredients
Instructions
Notes
Because I tend to find lamb to be a bit gamey, I cut it with equal parts ground beef; if you love lamb, omit the beef and use 1 1/2 pounds lamb instead (this is what the original recipe calls for). If you don't want to buy both rosemary and thyme, choose one and use more of it to make up the difference.

Like most casseroles, this recipe is great as leftovers (the leftovers even fare well frozen).

To make it ahead, freeze the entire assembled casserole dish (tightly-wrapped in tinfoil), then, the night before you'd like to eat it, defrost overnight in the fridge before baking as normal.
3.5.3226