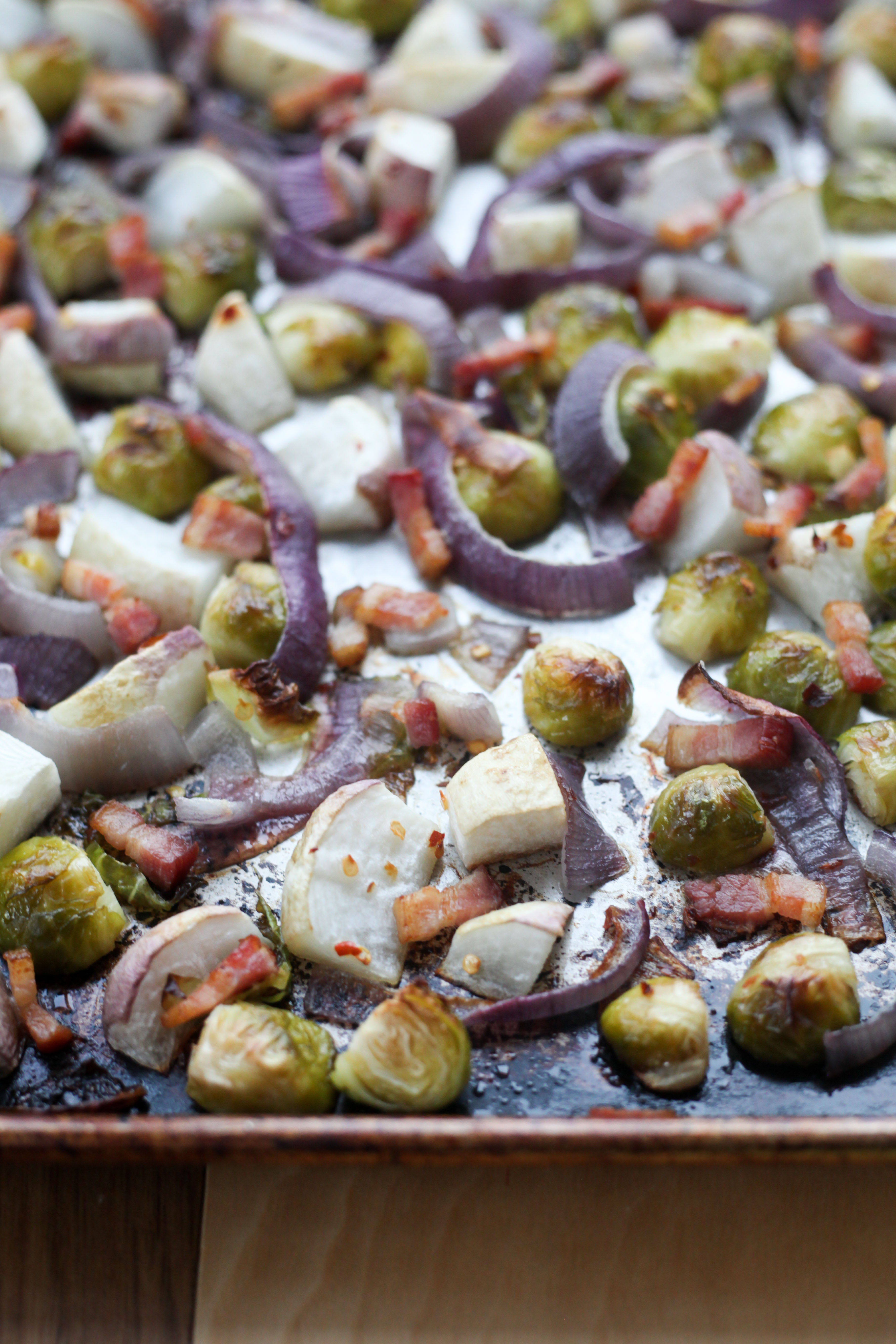 Try as I do to resist my urges, I tend to be a bit of a backseat driver when Andrew is cooking. While a desire (or really, an impulse) to tweak and refine are useful qualities to have when testing or developing recipes, it’s hard, verging on impossible to shut off, and is perhaps less of an endearing quality when directed towards one’s significant other. (Sorry, Andrew!) Still, every once in a while, when he hasn’t banished me from our kitchen, our minds and palates come together to create something quite wonderful, like this spicy brussels sprouts, turnip, bacon, and onion situation.

The idea, ingredients, and proportions here are all Andrew; my small tweak was to give the veg some space to breathe, crisp up, and caramelize by spreading it out on a half-sheet pan and cranking up the oven’s temperature. (Originally, Andrew would toss everything together in an eight-inch-square baking dish, which, while rather tasty, didn’t bring the brown, crispy bits to quite the same degree.) At once earthy, peppery (from the turnips), salty, sweet, and spicy, it’s a winter side that’s comforting, but keeps your tastebuds at attention.

P.S. For another of Andrew’s creations, check out these prosciutto-wrapped, feta-stuffed dates.

Save Print
Recipe type: Side Dish
Yield: Serves 2-4
Ingredients
Instructions
Notes
Cut the turnips into pieces that are similar in size to the halved brussels sprouts (if the chunks are a bit bigger, that's not a problem as very crispy, almost burnt brussels sprouts are extra-tasty).

The bacon is easier to cut when very cold (if it's too soft, pop it in the freezer for a few minutes to firm up). A sharp knife will do the trick, but I usually use kitchen scissors for ease.

If you're sensitive to spicy flavors, you may want to halve the amount of red pepper flakes used.
3.5.3226