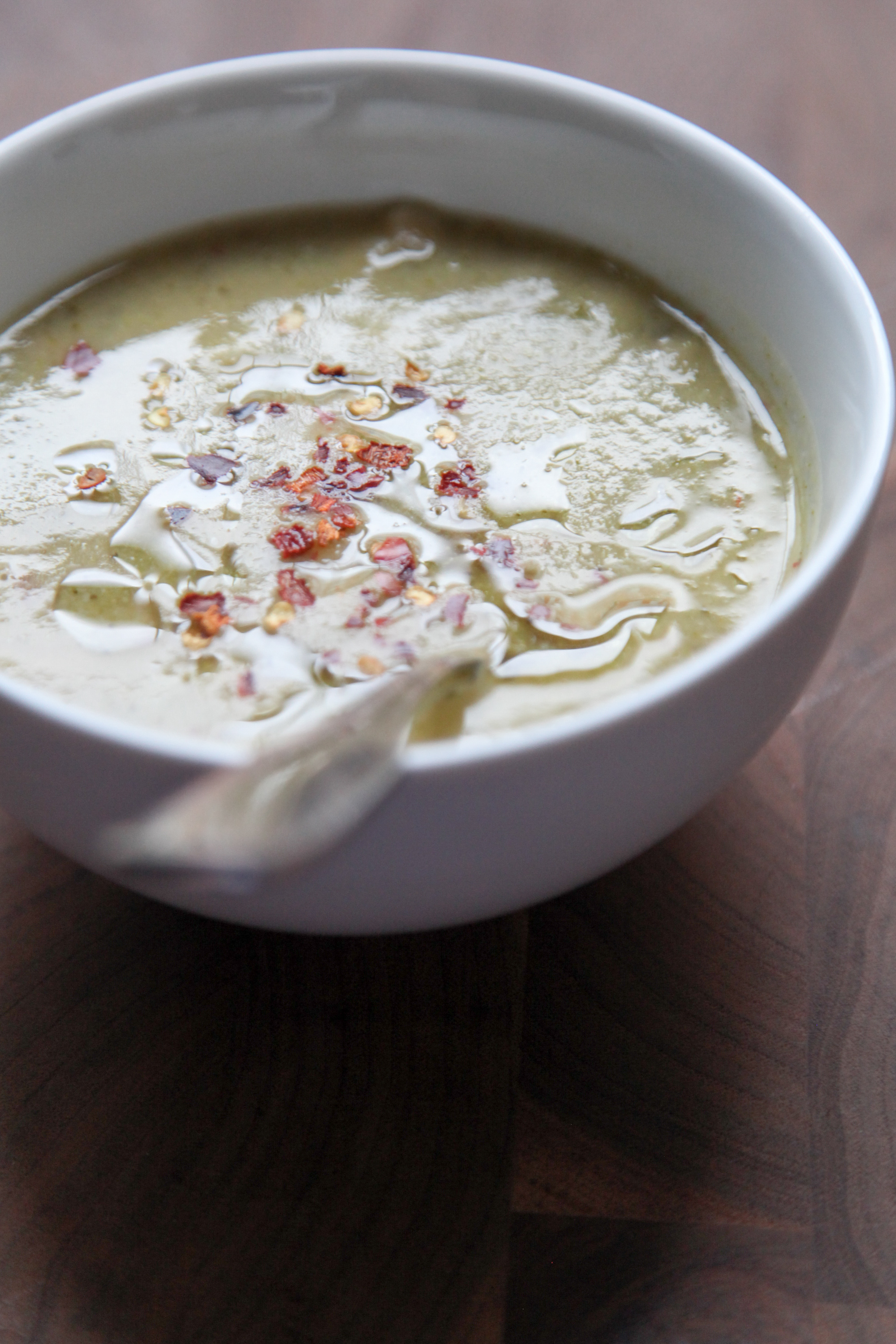 As someone who spends a lot of time reading, I find it endlessly interesting to see what titles are on the bookshelves of others. Right now, we’re living in my boyfriend Andrew’s dad’s apartment in Manhattan — thanks, Mark! — so I’ve had some time to peruse his collection. Tucked in-between two photography books was a memoir that had long been on my to-read list: Heat by Bill Buford. A former New Yorker editor, Buford tells a fascinating story about leaving behind his position at the magazine to learn the ins and outs of Italian cooking, starting with months spent staging at Mario Batali’s Babbo. 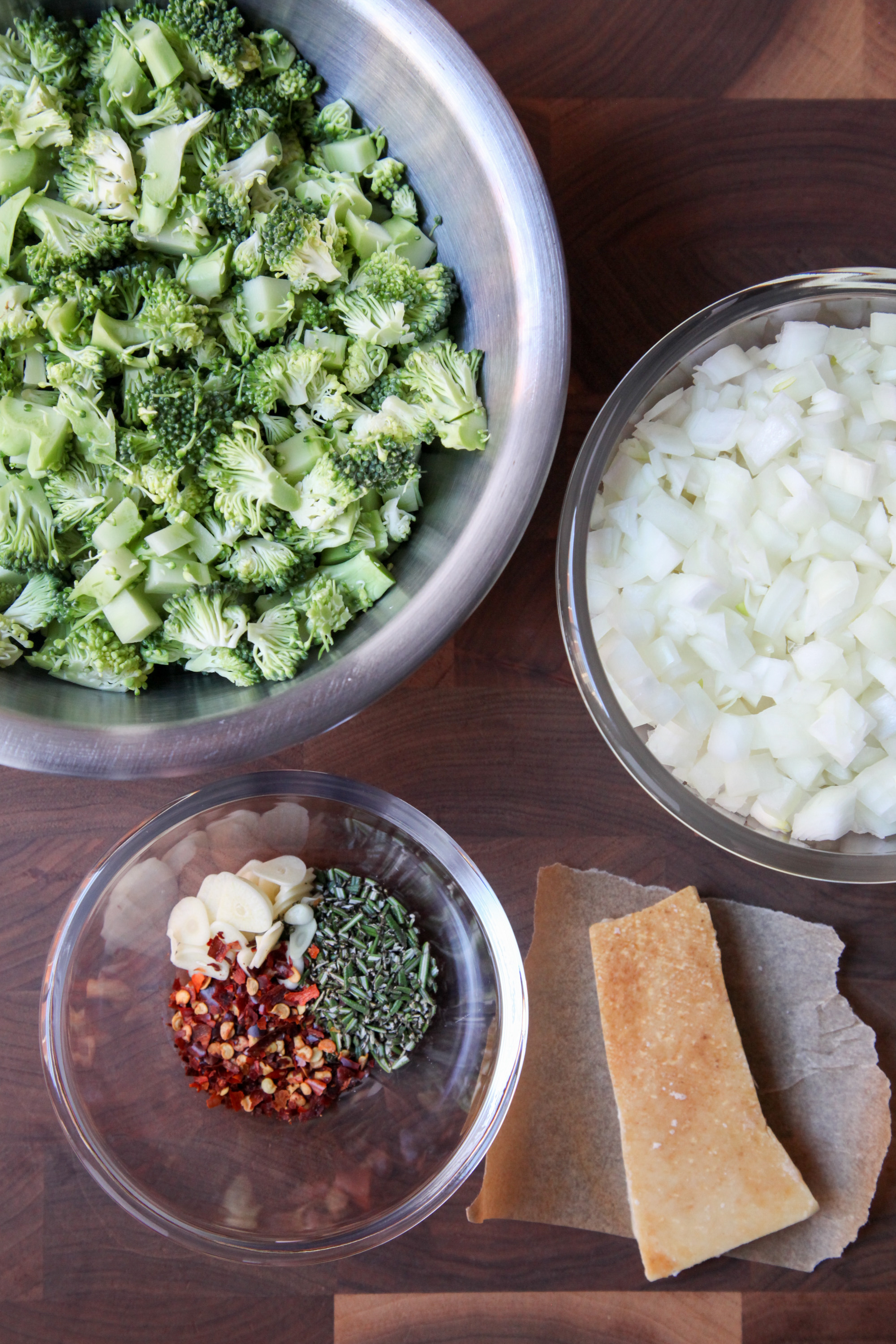 After devouring this book, I had a strong desire to try out a recipe or two from the orange-Crocs-clad chef, which is where this humble broccoli white bean soup comes into play. Sourced from Batali’s home-cooking-focused Molto Batali, it is just the type of soup I love. Hearty, bean-based, and even better on day two, it can be made ahead of time and reheated throughout the week for a light dinner or brown bag lunch. 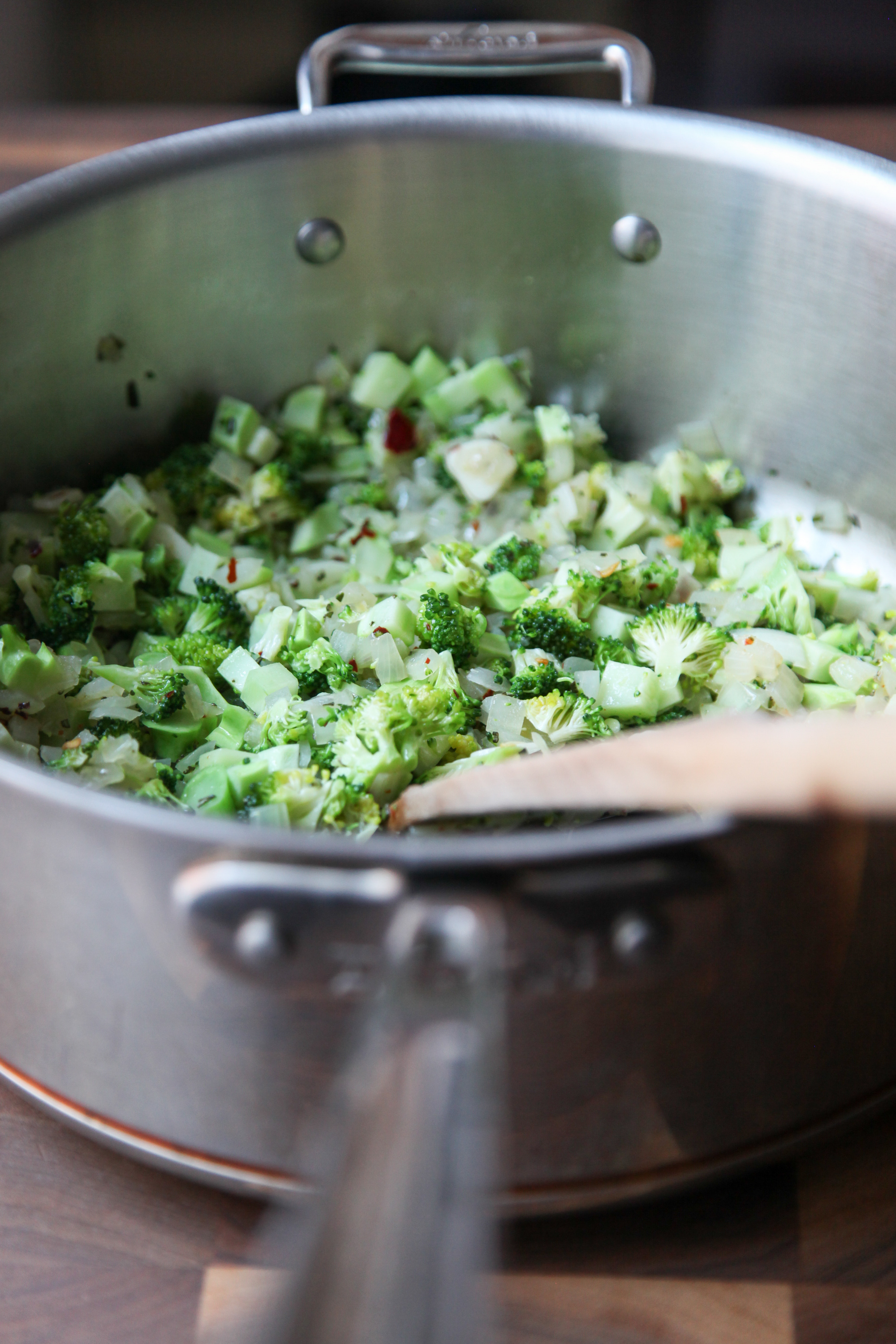 Unlike some cheffy recipes, it’s made with everyday ingredients and is easy to prep, but that’s not to say Batali doesn’t divulge a clever trick. A parmesan cheese rind is added to the soup as it simmers, adding a generous dose of nutty, umami-rich flavor in an economical way. And he doesn’t just stop there. Unlike most recipes, which employ the rind like how one uses a bay leaf, fishing it out at the end of cooking, Batali takes it one step further, chopping the softened rind into itty-bitty cubes which are then added back to the soup. As a passage in Heat describes, Batali is fanatical about reducing kitchen waste, so it’s not surprising that he found such a smart way to make use of what many may view as a kitchen scrap. 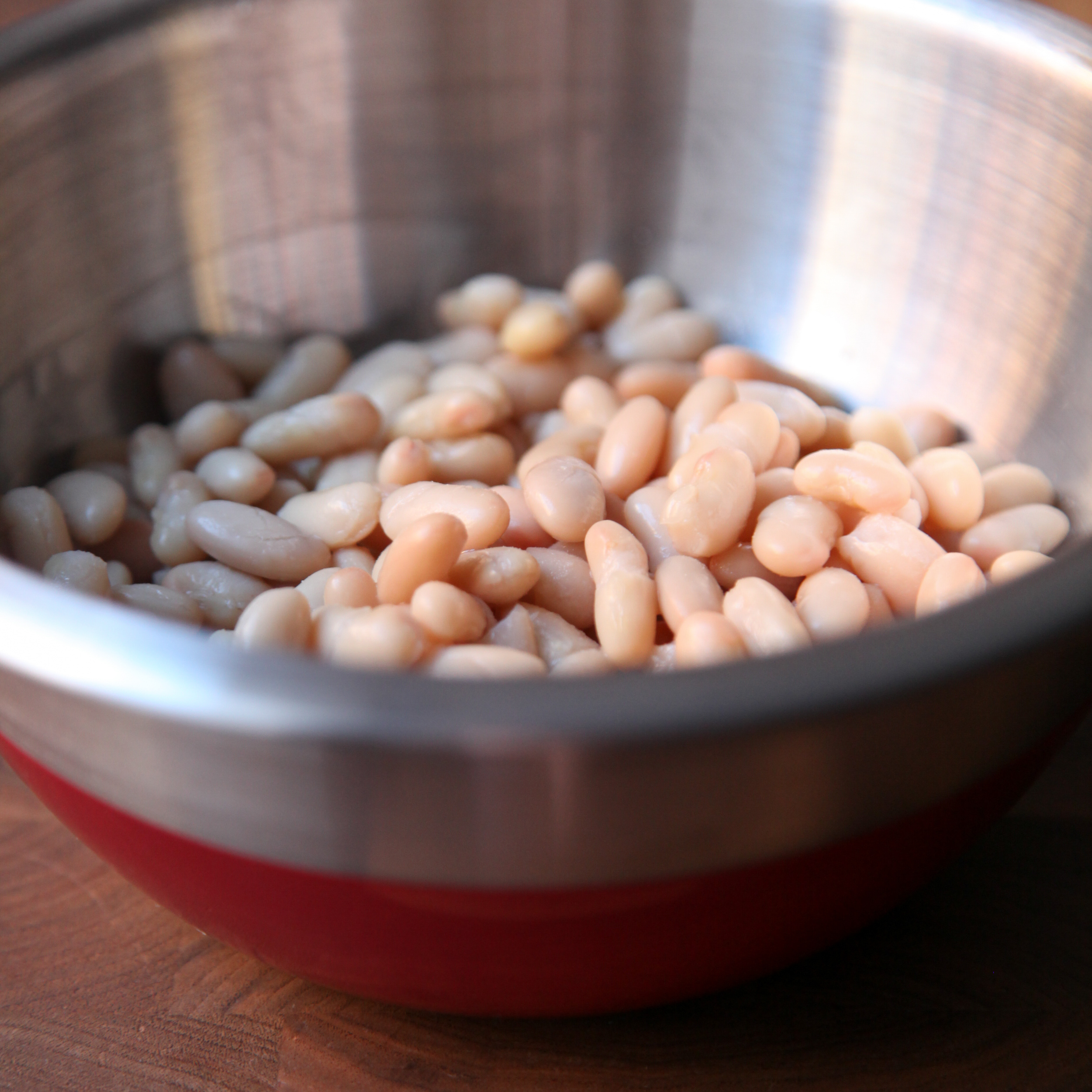 It’s a great reminder that there’s still magic in those hard, dried-out end pieces of parmesan. The next time you finish a wedge, don’t toss it out. Instead, stash it away in your freezer, ready to be added to a pot of soup, like with this recipe, or transformed into surprisingly-versatile parmesan broth.

Save Print
Author: Adapted from Molto Batali: Simple Family Meals from My Home to Yours by Mario Batali
Recipe type: Soup
Yield: 4-6 servings
Ingredients
Instructions
Notes
If you don't have any parmesan rinds stashed in your freezer, or a piece of cheese it can be trimmed away from, some cheese counters sell rinds for a reasonable price.
3.5.3208