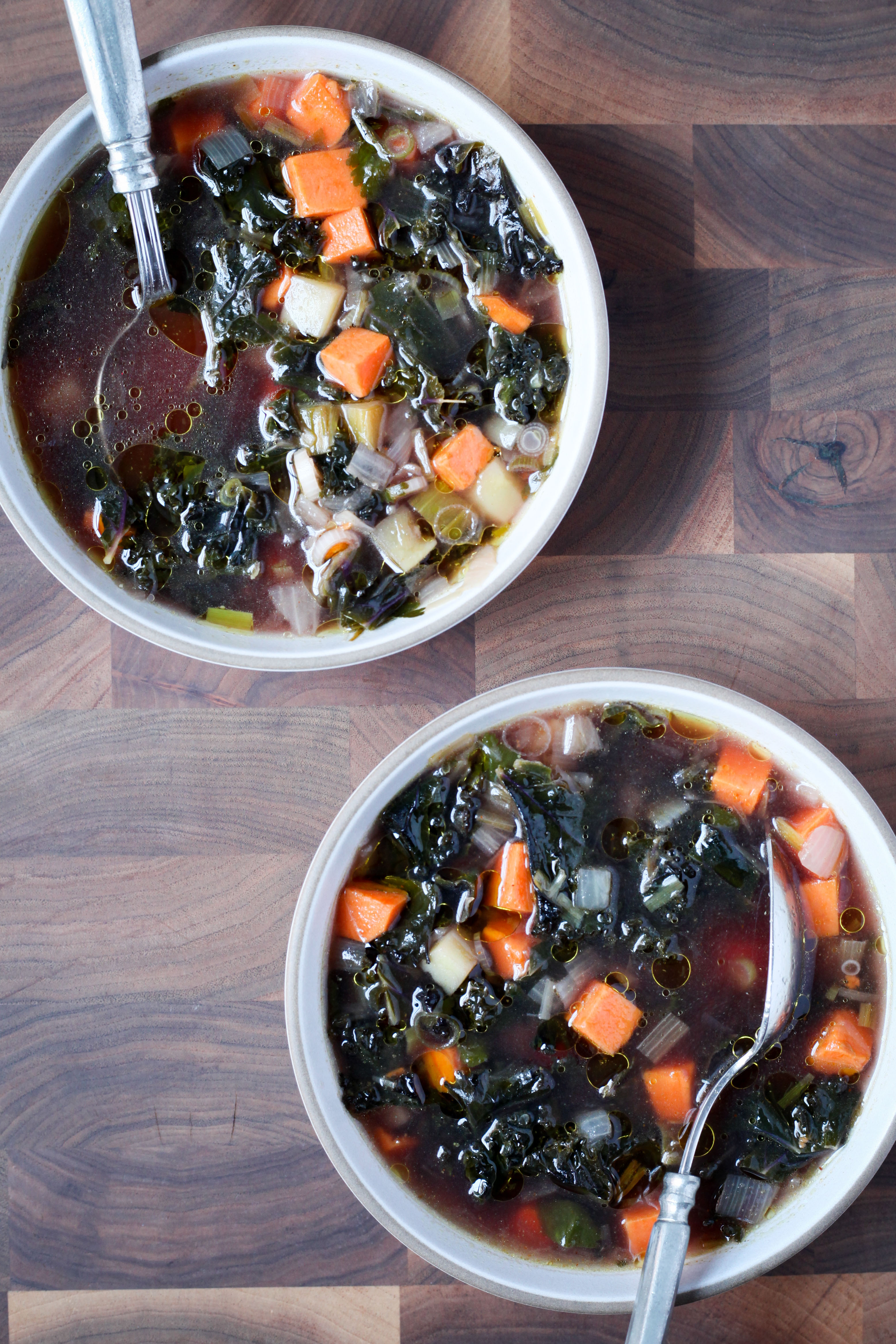 In our pantry, you’ll pretty much always find a package or two of instant ramen stashed away. While it serves well as dinner in a pinch, especially when dressed up with a poached egg, sliced scallions, and sriracha, it’s really there for when either Andrew or I are sick with a cold. (Some might crave chicken noodle soup, but I prefer the sinus-clearing heat of instant ramen and other spicy soups.) Andrew recently had the flu, so our stockpile of instant ramen was raided. I only wish I had discovered this kale and sweet potato soup recipe before then, as ramen — while tasty — isn’t exactly the most nutritious option, and this would’ve been the perfect supplement to that. 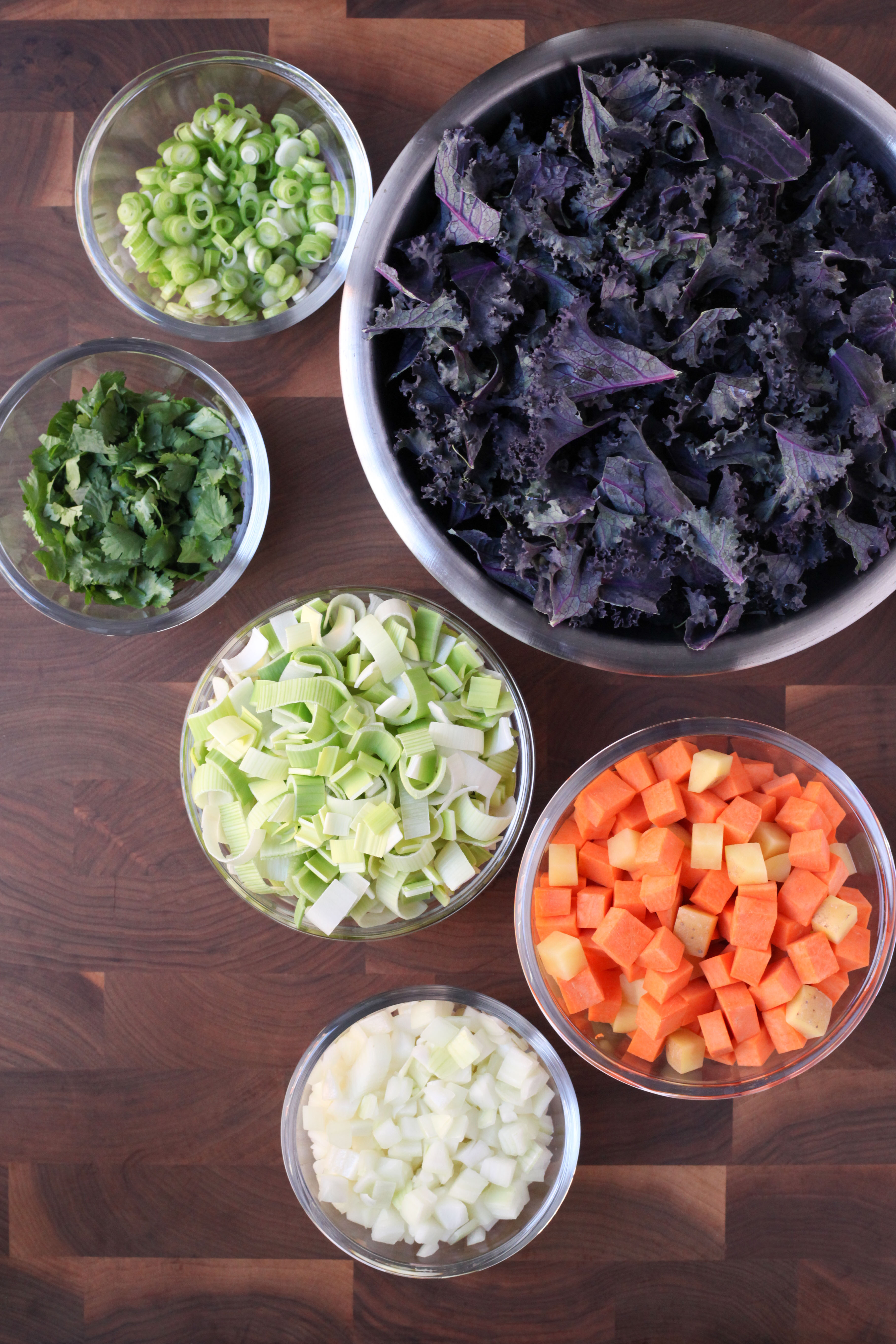 While on the surface, this recipe has little in common with ramen — it’s not Asian in origin and there aren’t any noodles in it — I suspect it’d be just the thing to slurp up while sick. Like ramen, it’s spicy, brothy, and has a bold enough flavor to be appealing even with a muted sense of smell. Unlike ramen, it’s made with lots of fresh produce and none of the sort-of-sketchy preservatives. 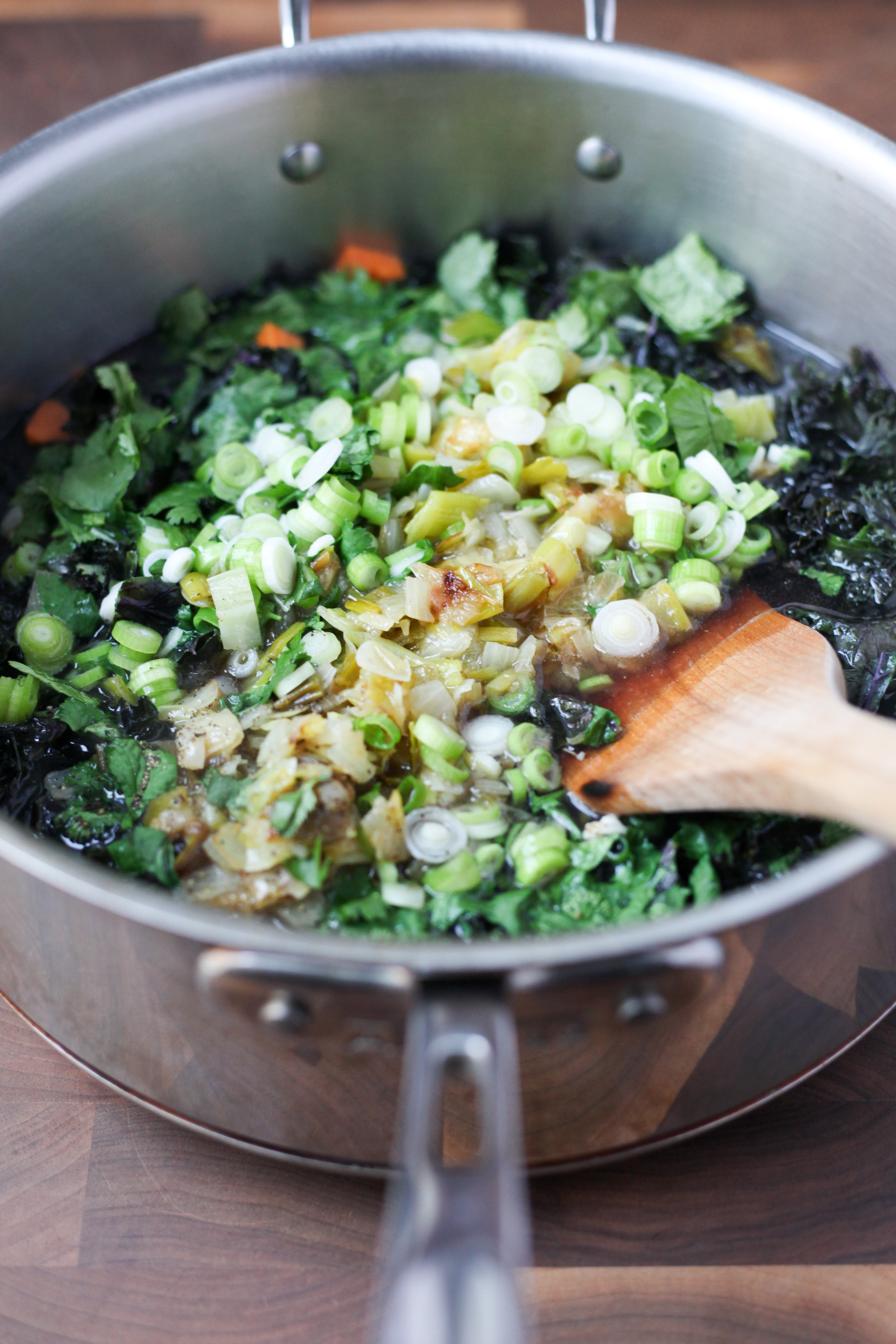 Sourced from Anna Thomas’ Love Soup, it’s a cousin to another favorite recipe of mine, her puréed chard and kale soup. I’ve already made this chunky green soup twice, and suspect it’ll be in heavy rotation here, in sickness and in health. 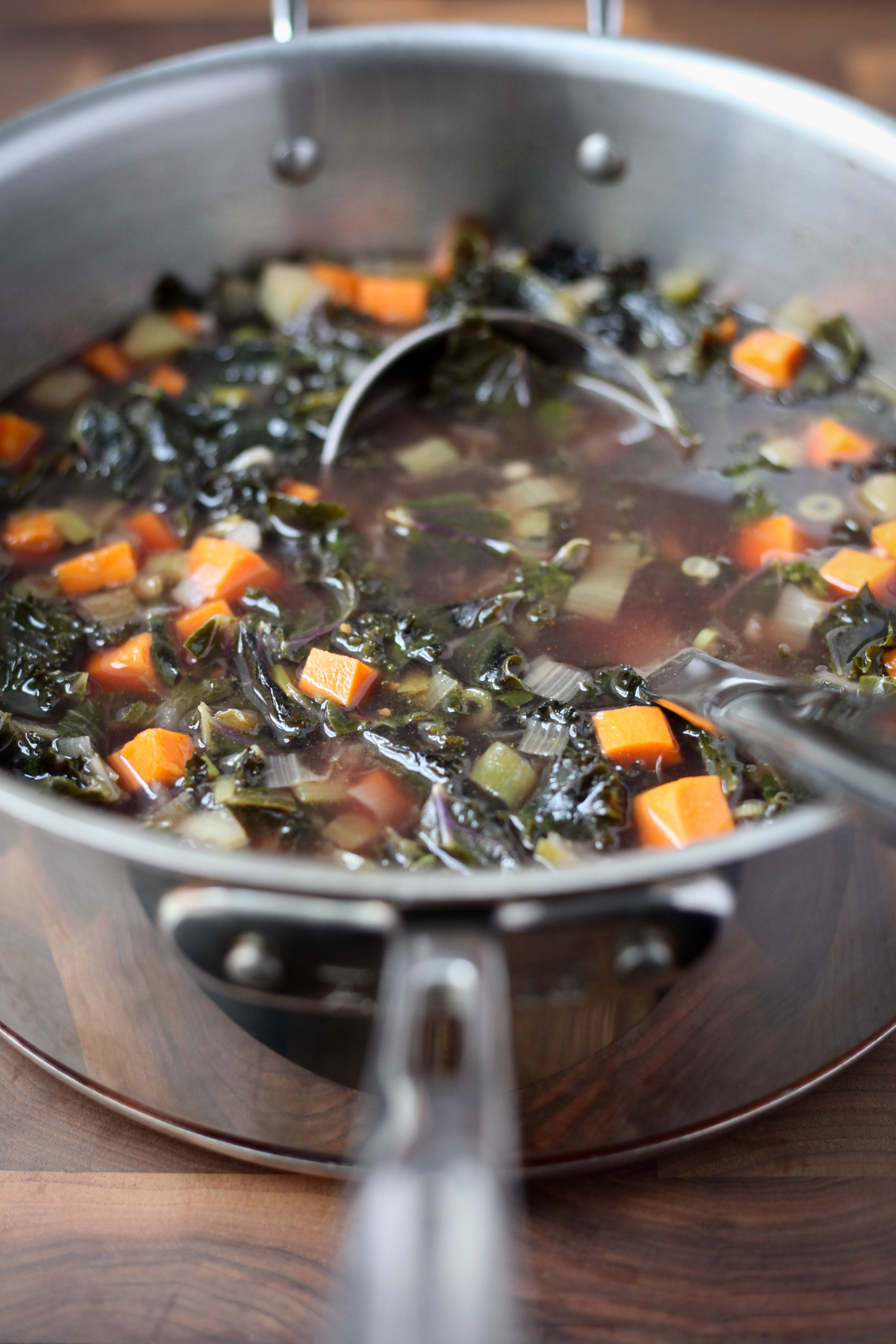 Save Print
Author: Adapted from Love Soup: 160 All-New Vegetarian Recipes from the Author of the Vegetarian Epicure by Anna Thomas
Recipe type: Soup
Yield: Serves 5-6
Ingredients
Instructions
Notes
Use any kind of kale you like (lacinato, red, curly); I used red here. While I'll often use store-bought chicken stock (I like the Kitchen Basics brand), I strongly suggest using homemade vegetable stock as store-bought vegetable stock is bland. To keep vegetable stock on hand, make a big batch of vegetable stock every once in a while, and then freeze it in 1-cup and 4-cup portions. When needed for a recipe, defrost the amount needed.
3.5.3208