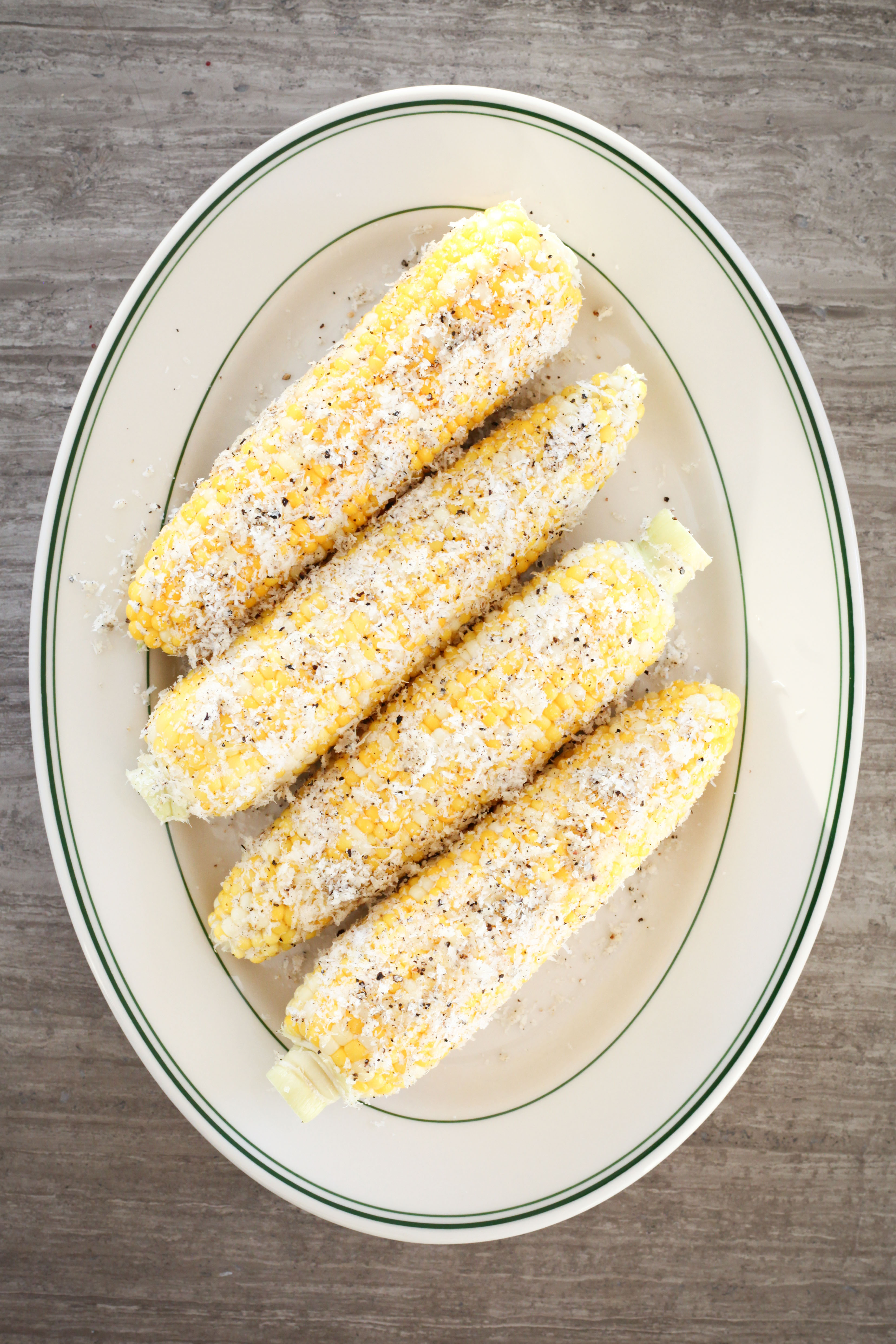 Pasta purists, look away. The idea of dressing up a humble ear of boiled, buttered corn with the trappings of cacio e pepe may offend some, but I, and the genius behind this recipe (the author of Short Stack Vol. 10: Corn, Jessica Battilana) don’t care. Yes, cacio e pepe in its pure form is a glorious thing, but that doesn’t mean it can’t — or shouldn’t — be riffed on. And when you take a step back and think about it, cacio e pepe corn makes a lot of sense; sweet buttery corn pairs wonderfully with nutty Parmesan, shower it with freshly-ground black pepper and some sharp, salty Pecorino and — shocker — you have a winner. 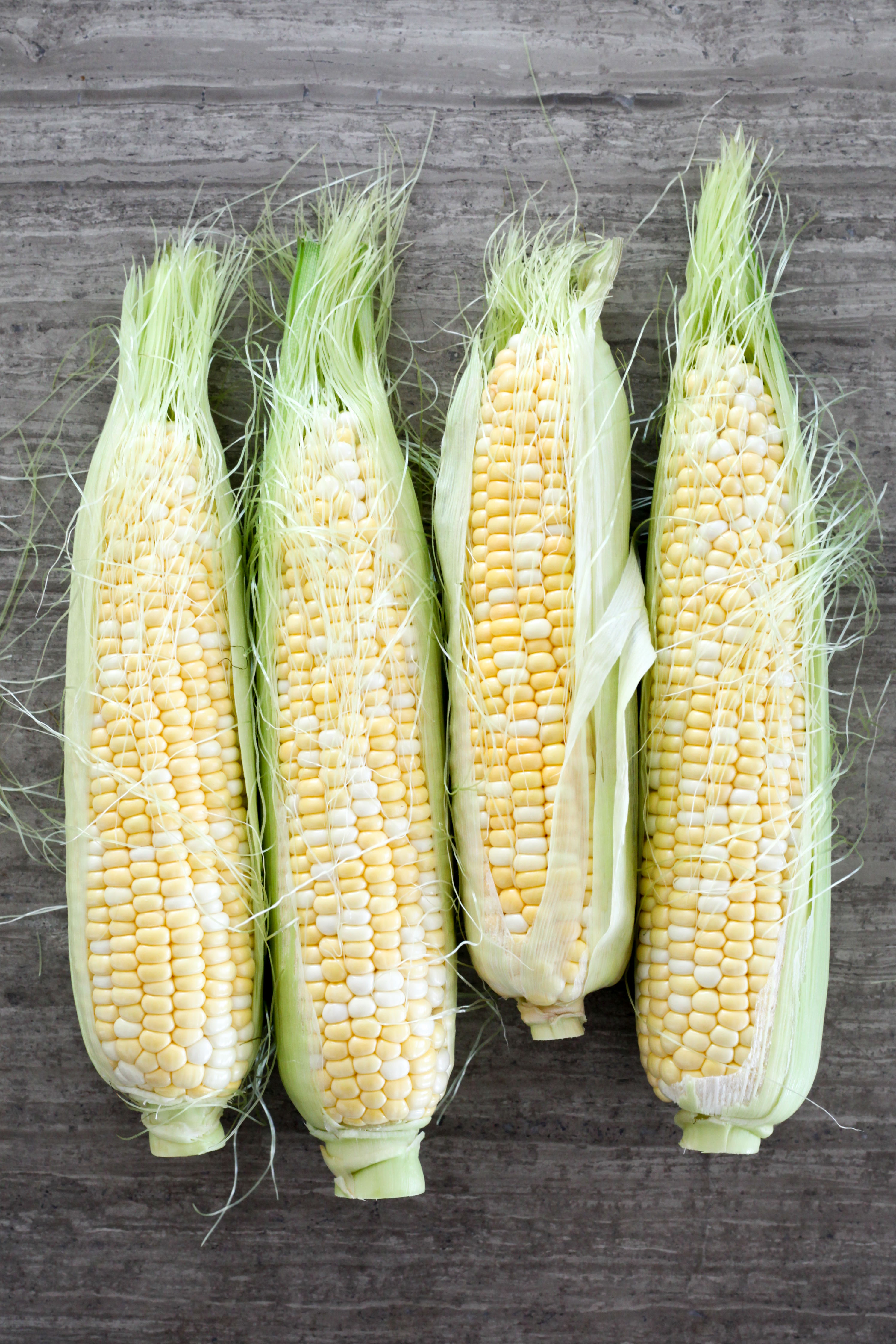 It probably goes without saying, but this is a very messy dish to eat. If the idea of buttery, cheesy fingertips or flossing corn kernels from your teeth makes your blood pressure rise, do as I often do, and cut the corn off the cob. If you go that route, I recommend waiting to butter and cheese up the corn till afterwards (just toss together the corn kernels with butter, cheese, and pepper in a bowl, salad-style). 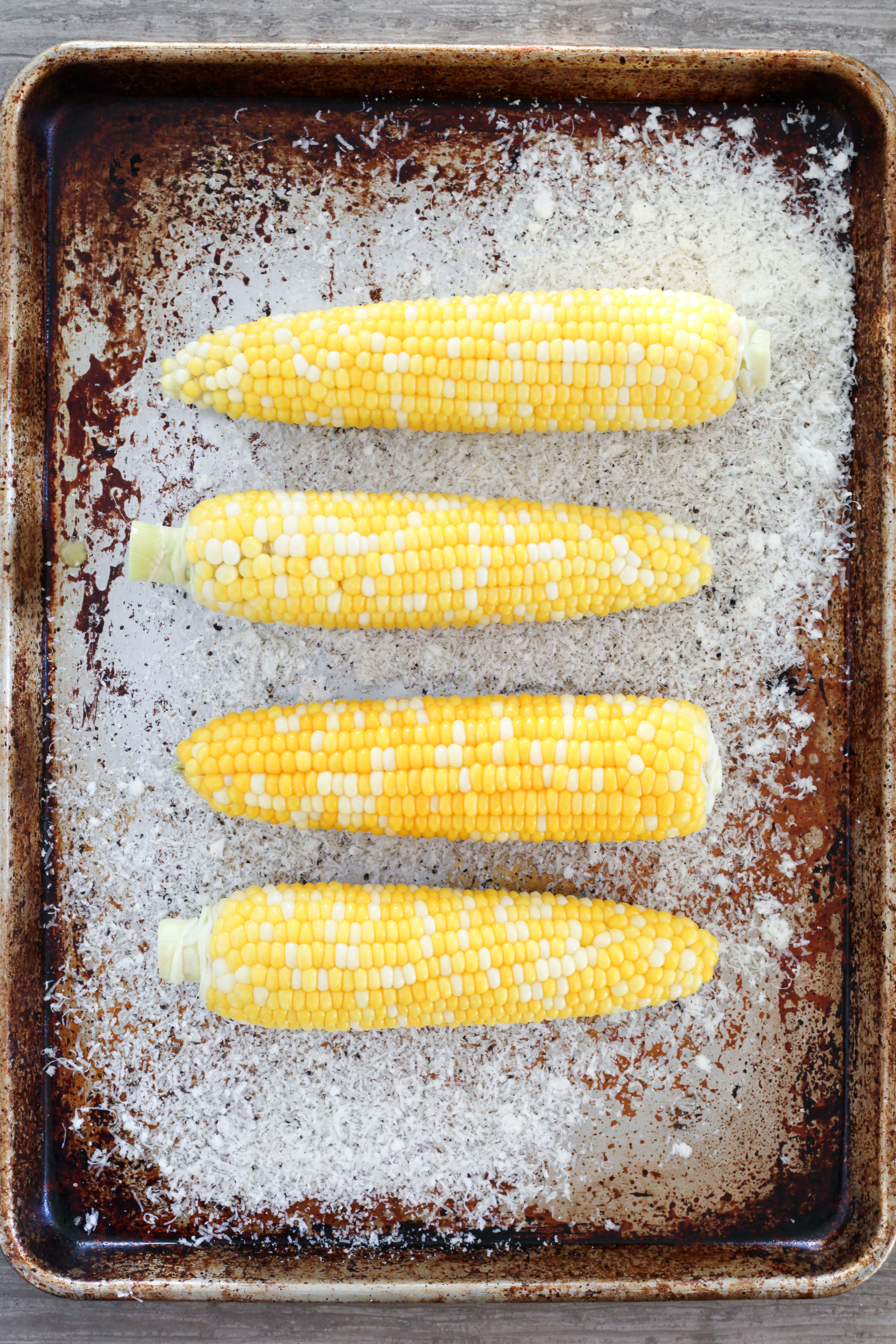 And even if you don’t bother with coating the corn in a pepper-flecked cheesy jacket, there’s a takeaway here: instead of boiling the corn, do as the fine folks at Cook’s Illustrated do and cook it in a gentler fashion by bringing a pot of water to a boil, adding the corn, cutting the heat, and letting it bathe in the not-too-hot water. This way, the corn cooks evenly, the kernels retaining their pop rather than turning to mush. 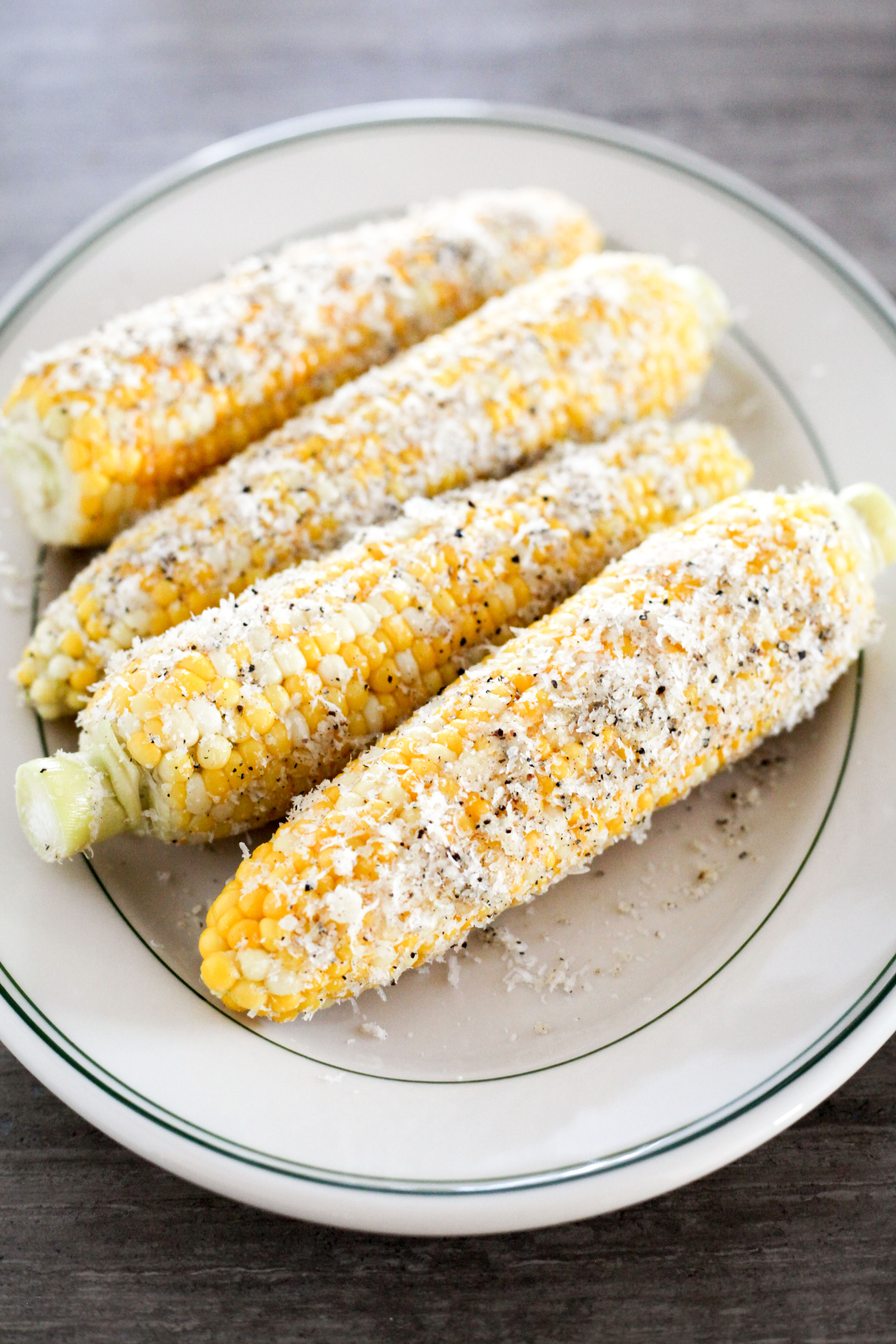 One last thing: Short Stack, the publishers of Corn, and 20-plus other single-subject volumes, is coming out with a traditional hard-covered cookbook next month. Competition is tough this time of year — the fall is often dubbed “cookbook season” by food media folks, as many of the highest-profile cookbooks are published then — but I have faith that The Short Stack Cookbook: Ingredients That Speak Volumes will stand out from the crowd. 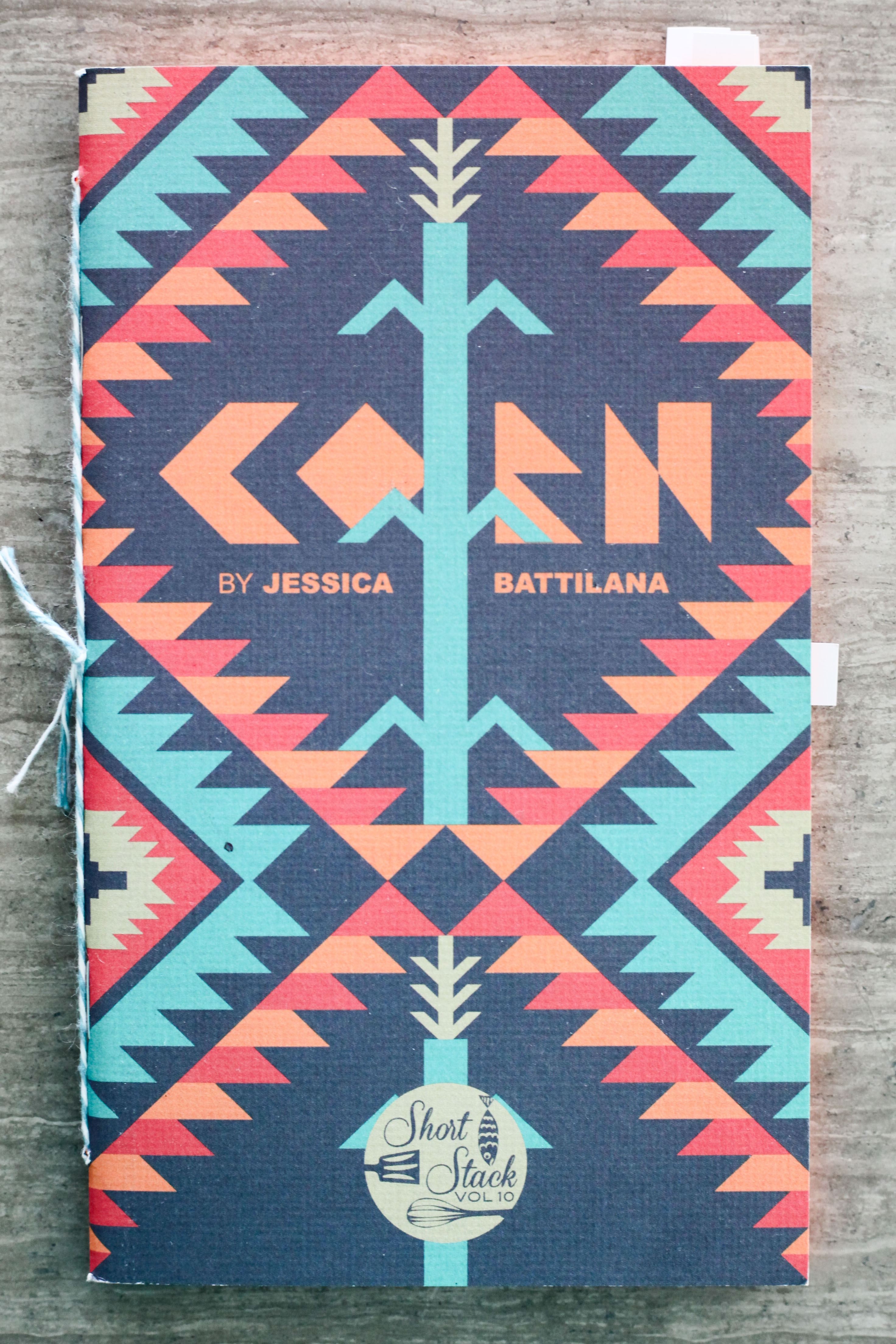 Save Print
Author: Adapated from Short Stack Vol. 10: Corn by Jessica Battilana and Cook's Illustrated
Recipe type: Side dish
Yield: 4 ears of corn
Ingredients
Instructions
Notes
If you don't want to buy both types of cheese, stick with the Pecorino Romano, as it's the traditional cacio e pepe cheese. Any leftover Pecorino Romano can be used in this kale salad recipe.
3.5.3208