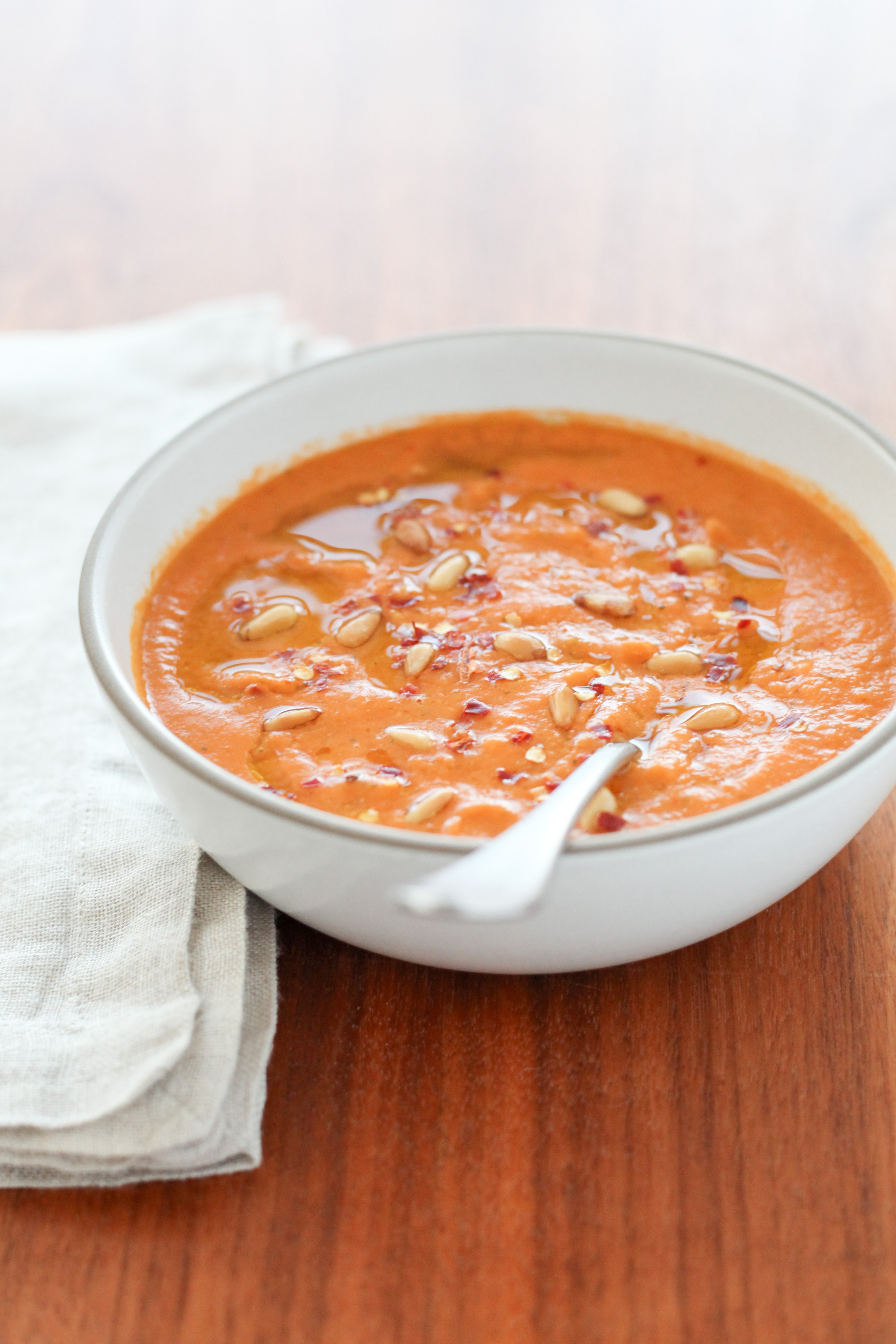 Take a peek into my freezer and alongside the popsicles, frozen fruit, parmesan rinds, shrimp, and sliced bread, you’ll typically find single servings of at least two varieties of homemade soup, ready to be thawed and simmered when hunger strikes. Admittedly, I’m a bit of a soup obsessive — my cookbook collection includes nearly a dozen single-subject titles devoted to it — but I don’t think you have to feel the way I do about bisques and potages to find this a winning dinnertime strategy. Soup freezes wonderfully, is easily defrosted and reheated, and, generally-speaking is a veggie-packed nutritional powerhouse. 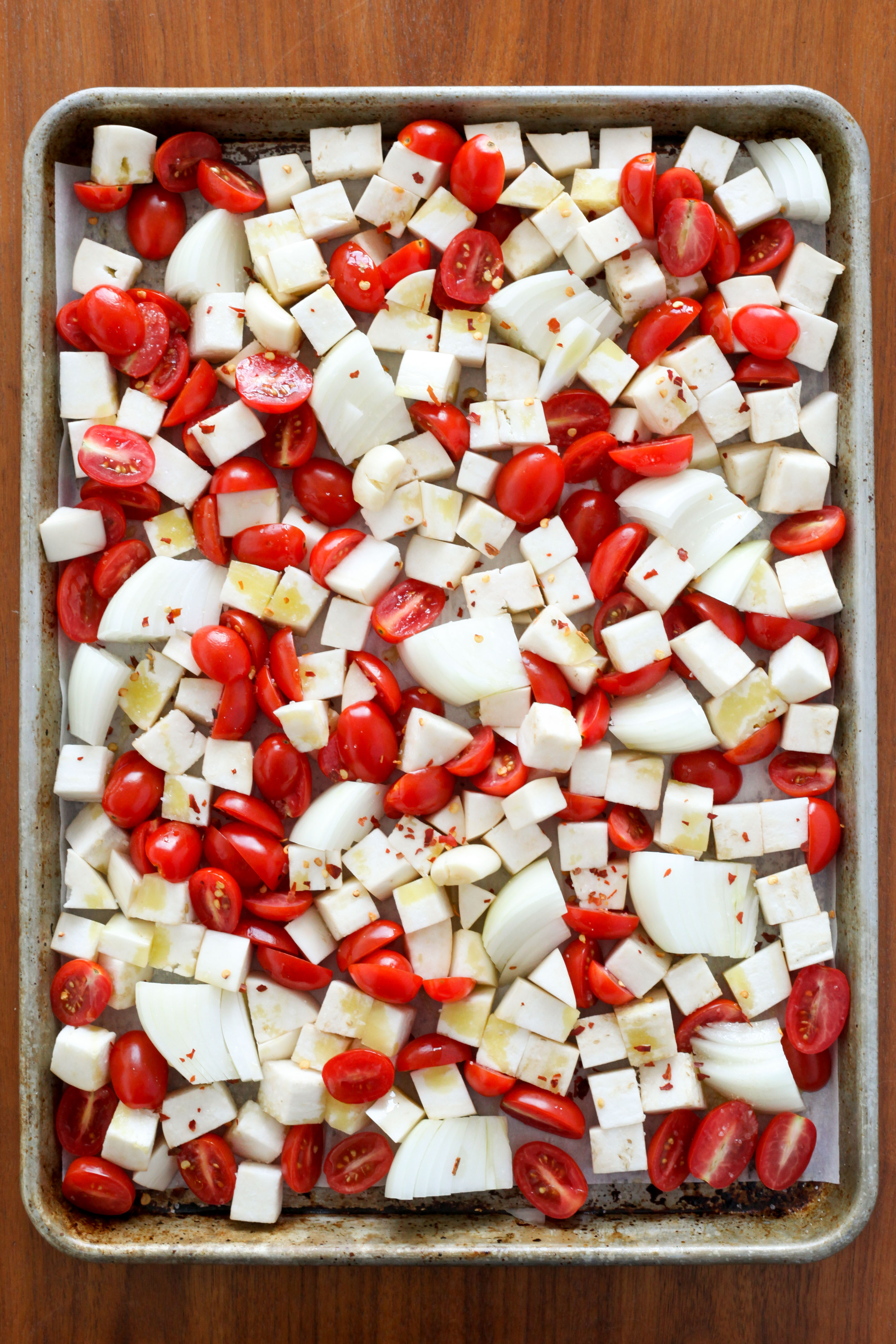 This summery roasted tomato and eggplant recipe is just the sort of thing I’ll be stocking my freezer with for the rest of the season. As it’s puréed, it freezes even better than average, and it’s ridiculously-simple to prepare as there’s no stovetop simmering involved: just roast the vegetables, boil some water, and blend it all till silky-smooth. 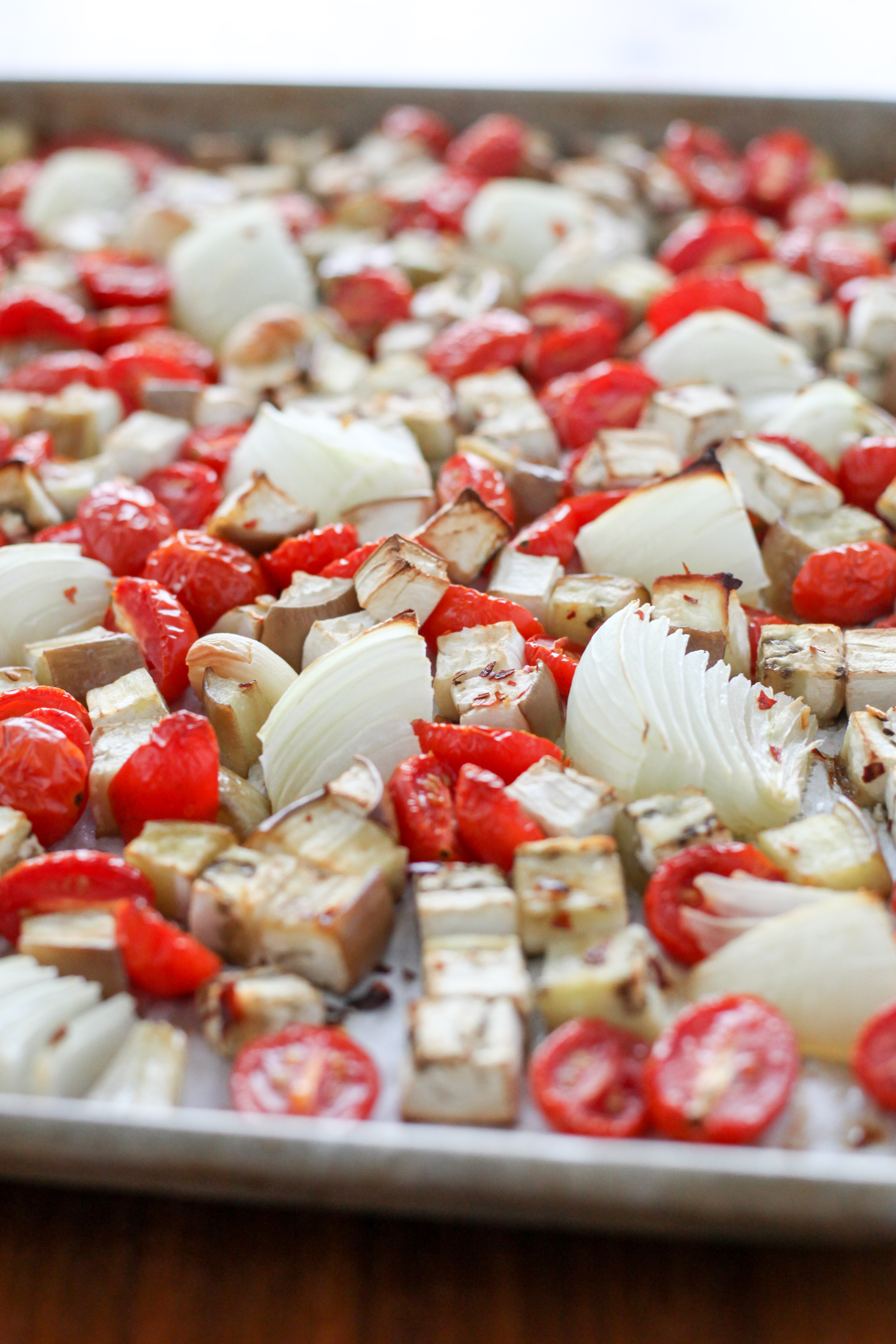 A steamy bowl of soup might seem at odds with muggy summer days, but I find myself craving bowl after bowl despite the weather. In part because the market’s practically bursting with peak season produce, and in part because this recipe (and most soup recipes in general) is light, yet nourishing. Yes, you’ll have to turn on the oven, but if you prep a double batch and then freeze leftovers for later, you’ll be set up with many virtually-effortless meals to come. 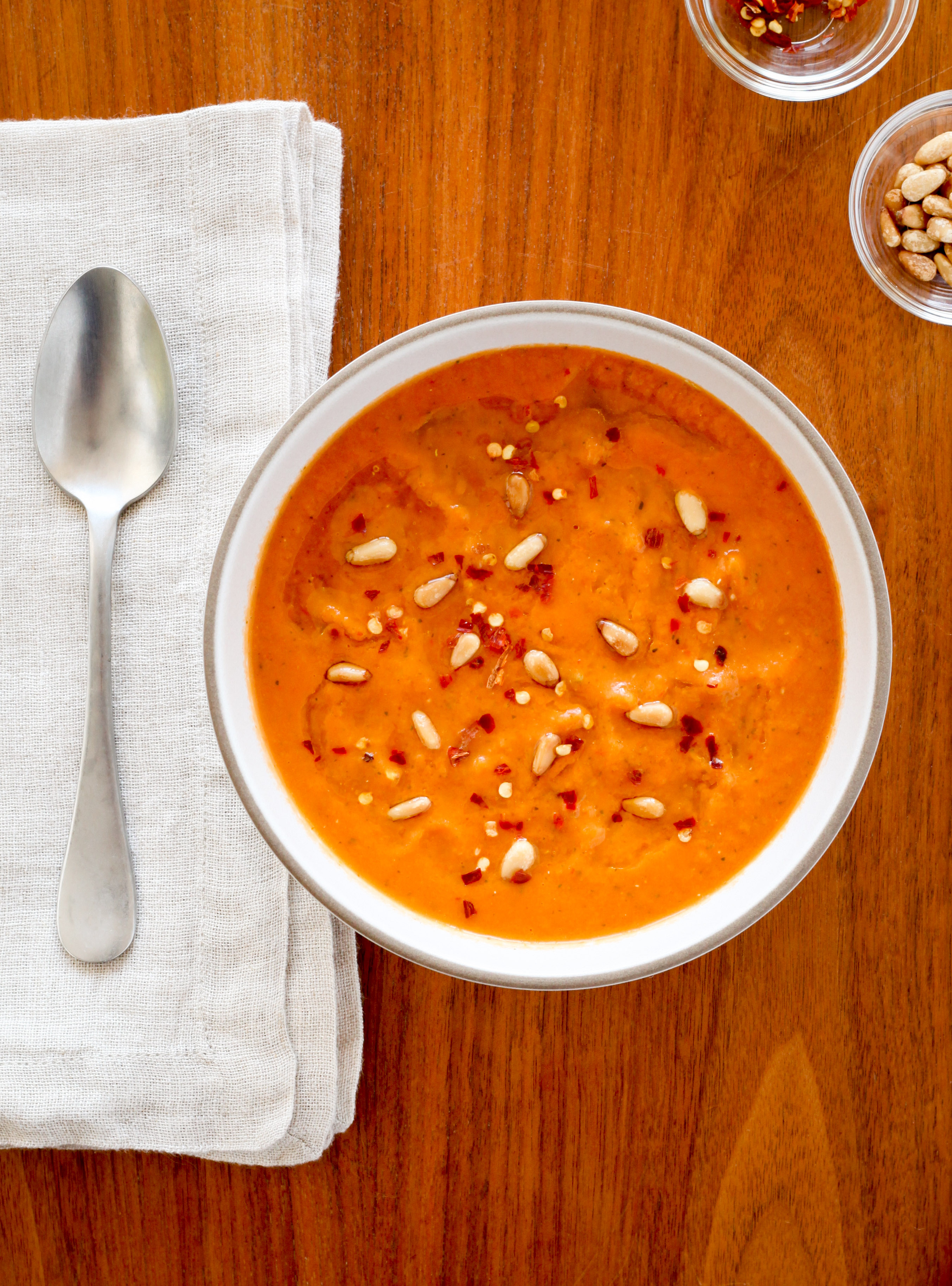 Save Print
Author: Inspired by Giada De Laurentiis via Smitten Kitchen
Recipe type: Soup
Yield: Serves 3-4
Ingredients
Instructions
Notes
This recipe, like most blended soups, is great as leftovers (brown bag it in a tightly-sealed mason jar) and also freezes well. For a pretty reddish-orange color, use a white eggplant, as I did here; if you can't find white eggplant, Asian eggplants or a standard globe eggplant work just as well though the color will be a bit browner.
3.5.3208