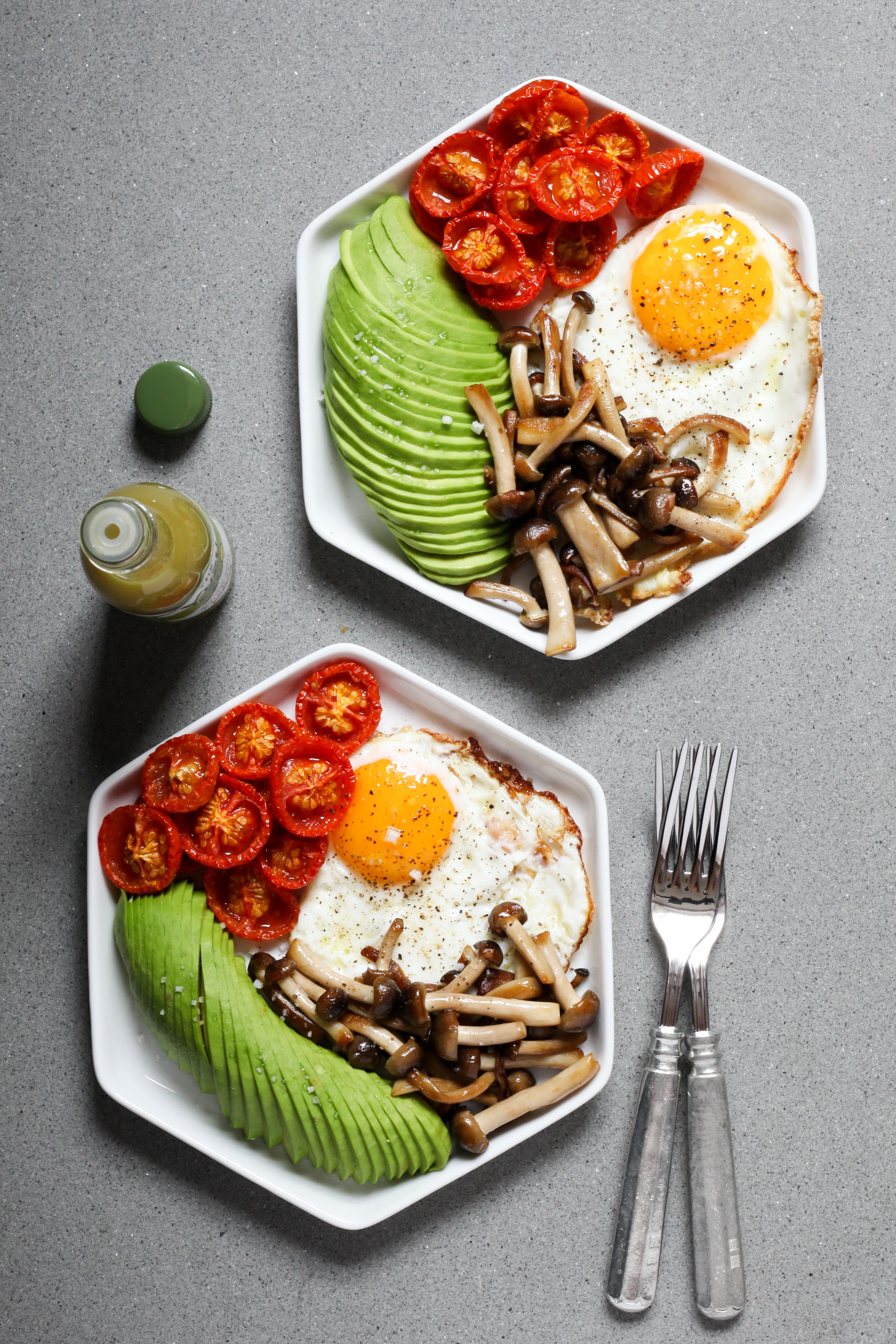 Inspiration for what I cook, and ultimately write about here, comes in many forms: cookbooks, blogs, meals out, farmers market visits, and glossy magazines all play an important role. Hotel breakfast buffets, not so much. One exception: this simple but much-loved-as-of-late breakfast. Last year, my boyfriend Andrew and I spent a stretch of our trip to Japan at Tokyo’s Park Hyatt. Best known as the backdrop of Lost in Translation, the Park Hyatt also serves up a truly-superlative breakfast buffet. Each morning, I’d find myself piling my plate high with a variety of pristine tropical fruit and a bite-size pastry or two, but the real draw came from the spread of roasted tomatoes, mushrooms, potatoes, sausages, and eggs. Typical components of a full English breakfast, this combination is nothing new, but the Park Hyatt’s version was spot-on, and made a critical swap: Japanese beech mushrooms for the standard sliced button. 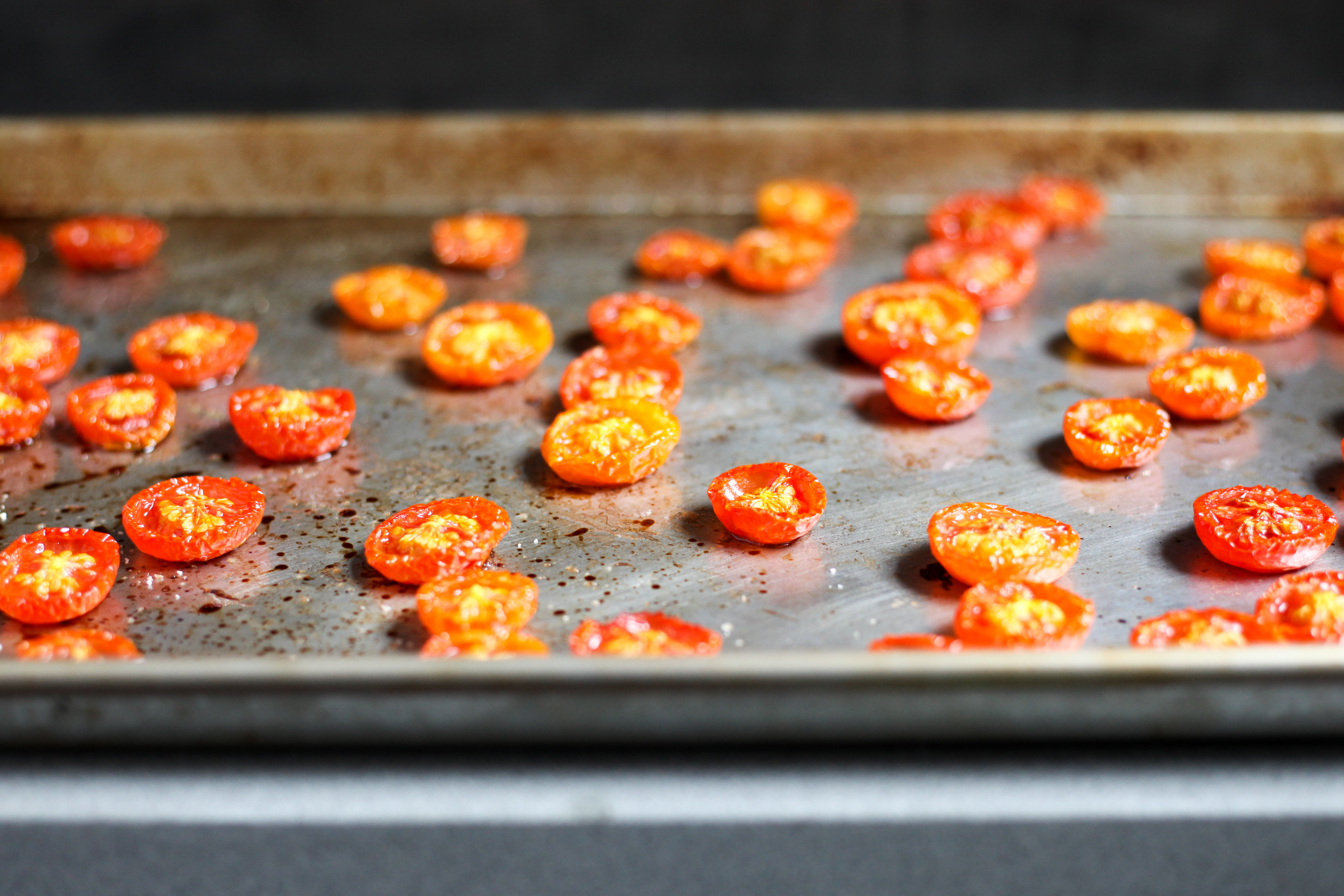 Since returning, I’ve started many a day with a combination of my favorite parts: tomatoes, sautéed beech mushrooms — I usually buy these at an Asian supermarket, where they’re a steal — a couple poached or fried eggs, and some sliced avocado (I am a California girl, after all). This time of year, tomatoes are hardly inspiring, so I stick with sweeter cherry tomatoes and slowly roast them at a low temperature until concentrated into flavor bombs (about half way in between a raw and a sun-dried tomato in texture). Beech mushrooms are a favorite both for their flavor and for their ease of cooking. Meatier in texture than most mushrooms, they cook quickly, and require almost no prep: just trim away the cluster’s root end. 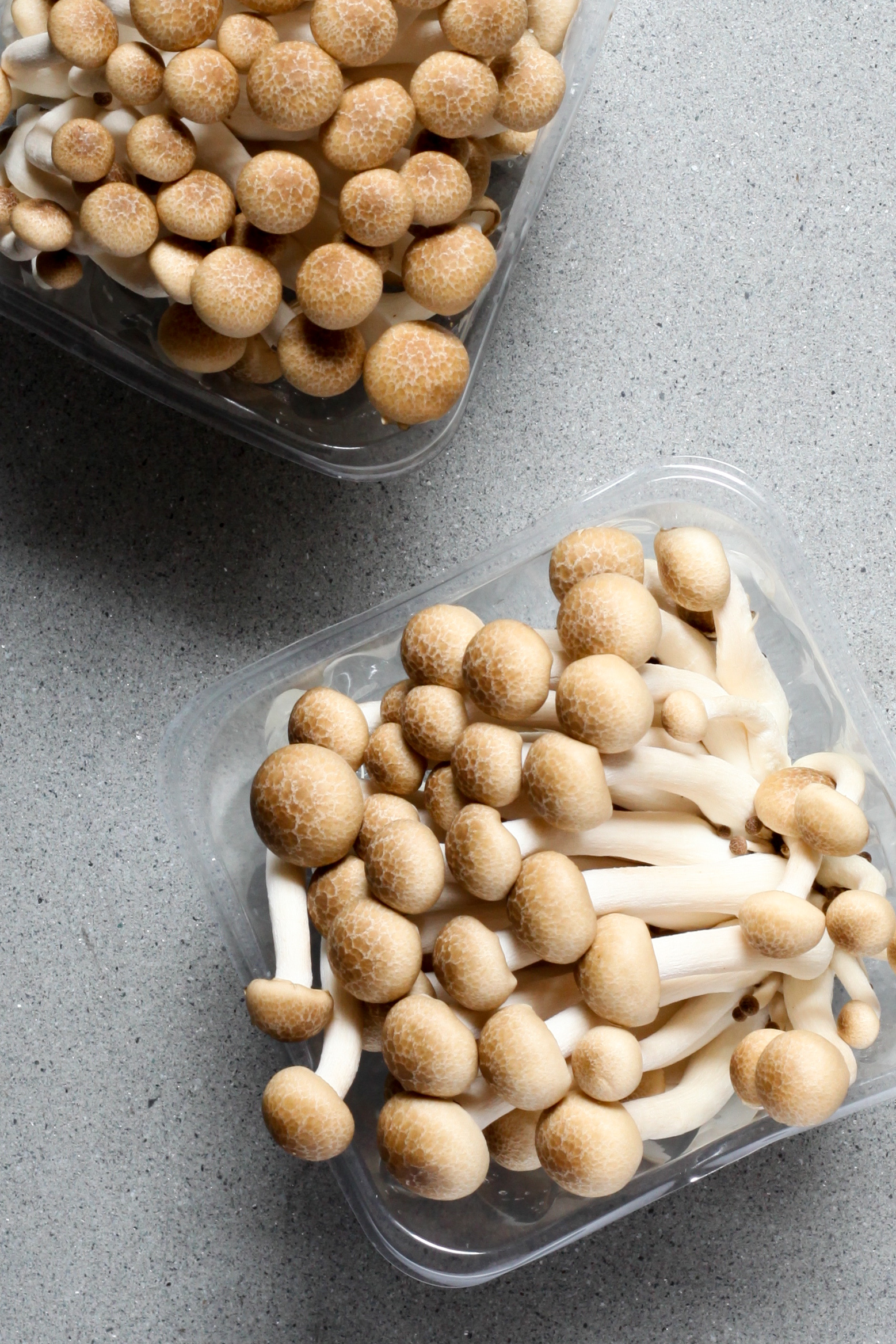 A long-time poached egg loyalist, I’ve been on a fried egg kick recently, and I owe it all to Smitten Kitchen’s Deb Perelman. Her technique for frying ridiculously-crisp-edged eggs is pretty darn genius. Not only is it foolproof, but it also skips with fussy tricks like separating the white and yolk or steam-frying the eggs. It’s as simple as cracking an egg into a bowl (no straining off the loose white), heating a small stainless-steel (nope, not nonstick) skillet over high heat with a generous glug of high-smoke-point oil (don’t even think of using olive oil here) until it begins to smoke, and turning the egg out into the pan. What comes next is a messy affair — don’t say I didn’t warn you to wear an apron — as the extremely-hot oil will sputter as the egg white bubbles and soufflés, but it’s pretty much impossible to screw up. The whites are cooked until deep-brown and crisp around the edges, while the yolks aren’t in contact with the pan long enough to overcook. It’s a fried egg to actually get excited over. Combined with the aforementioned veggies, it’s a breakfast that’s far greater than the sum of it’s (already excellent) parts. 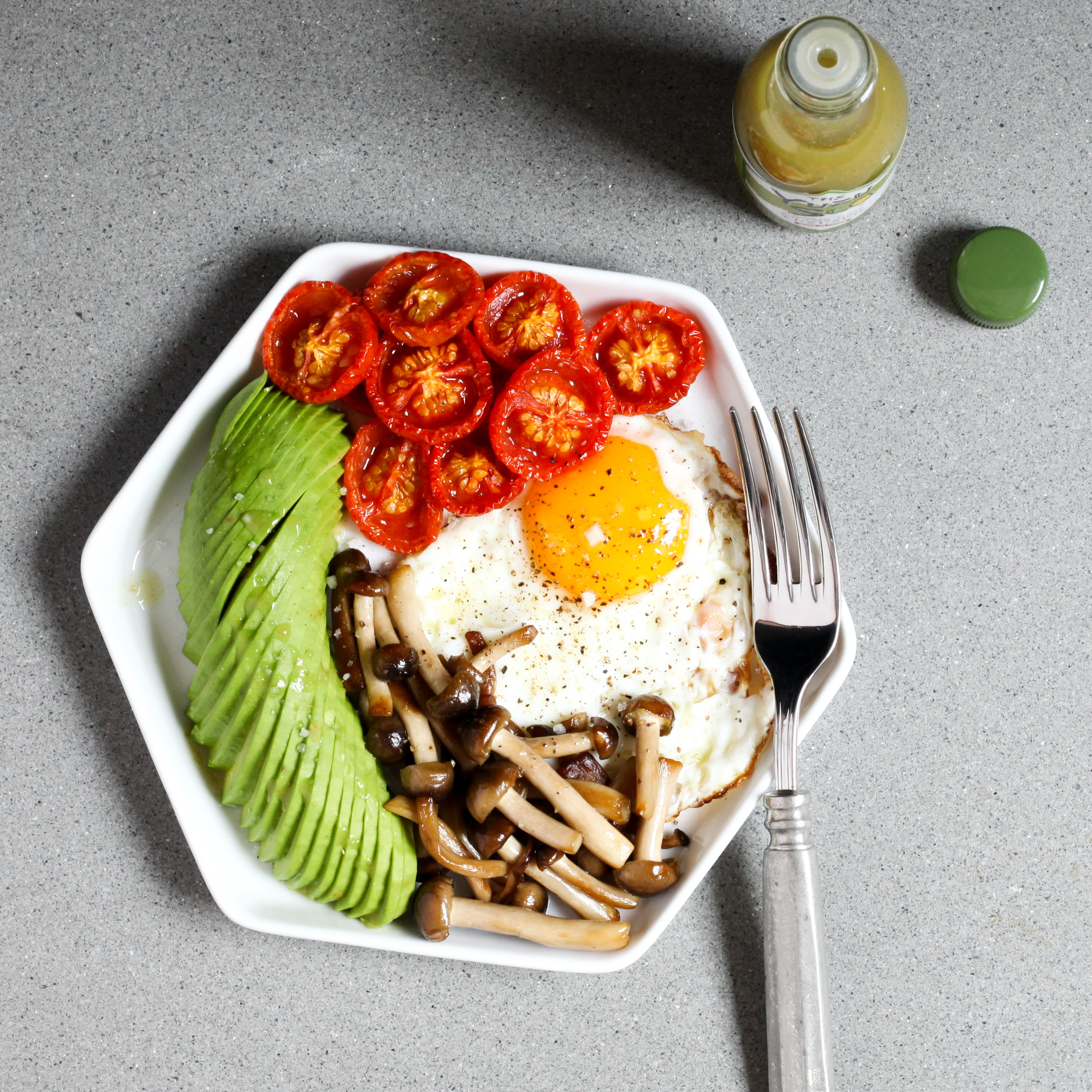 3.7 from 3 reviews
Fried Eggs With Slow-Roasted Tomatoes, Avocado, and Mushrooms

Both the tomatoes and mushrooms can be made ahead of time; reheat them in a hot skillet.

While I don't usually bother with an apron, I recommend wearing one while frying the eggs as the oil will sputter once the eggs are added and may stain your clothes if you're standing too close.
3.5.3226